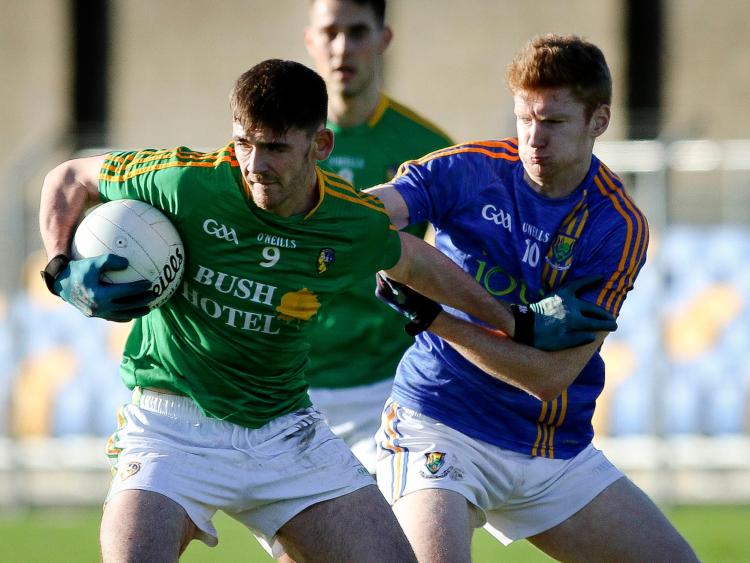 15.35 - Leitrim though the gap had been cut to one point but after the white flag was raised it was then waved wide. 30 seconds of injury time remain.

15.32 - James Rooney and Jack Heslin replaced by Barry Prior and Ronan Kennedy

15.30 - Ciaran Lyng and Eoghan Nolan with points in quick succession have given Wexford a three point lead - 0-16 to 0-13. Four minutes of injury time have been signalled by the fourth official.

15.22 - Level once more in Pairc Sean after a PJ Banville point

15.21 - Keith Beirne responds straight away with a Leitrim point to regain the lead for the home side

15.20 - Excellent point from Ciaran Lyng levels the scores at 0-12 each with 12 minutes remaining

15.18 - Subsitute John Leacy has scored a monster of a free, effortlessly slotting the ball over from well over 45 meters.

15.11 - The sides are level in Pairc Sean MacDiarmada following a PJ Banville free

15.06 - PJ Banville points for Wexford leaves just the minimum between the sides once more

15.04 - Ciaran Lyng and and John Turbitt point in quick succession to leave just a point between the sides 7 minutes into second half

15.01 - Mark Plunkett with Leitrim's first score of the second half after excellent work from Dean McGovern and Oisin Madden - 0-9 to 0-6

14.58 - First chance of the second half falls Leitrim's way but Emlyn Mullligan's free into a strong wind is just wide. Wexford then went up the other end and John Turbitt pointed - Leitrim 0-8, Wexford 0-7

14.57 - The second half is underway, Niall Hughes for Colm Kehoe half time substitution for Wexford.

14.37 - Ciaran Lyng with a terrific score for Wexford to reduce the deficit to two points.

14.33 - Red card for Wexford's James Stafford following an off the ball incident spotted by linesman.

14.32 - Gary Plunkett with a great score for Leitrim to put them two points clear.

14.30 - Leitrim back in front following another pointed free from Mulligan after Mark Plunkett.

14.28 - Level scores once more following a pointed free from Emlyn Mulligan - four points each after 27 minutes

14.27 - Despite playing against the wind Wexford have retaken the lead with a point from JohnTurbitt.

14.20 - PJ Banville with a point levels matters once more.

14.16 - Ryan O'Rourke with an excellent break through the heart of the Wexford defence denied by the Wexford goalkeeper but play brought back for a foul on O'Rourke which was converted by Emlyn Mulligan - Leitrim 0-3, Wexford 0-2.

14.11 - No change to the score following wides from Emlyn Mulligan and Brendan Gallagher.

14.08 - Emlyn Mulligan has shaken off his injury to level matters after converting a free following a foul on Damien Moran but Leitrim can consider themselves unlucky not to have been awarded a penalty.

14.07 - Some concern from a Leitrim point of view as Emlyn Mulligan has been receiving treatment since Plunkett's score. After some treatment he is continuing.

14.06 - Gary Plunkett opens the scoring for Leitrim after finding himself on the end of quick passing move. Leitrim 0-1, Wexford 0-0.