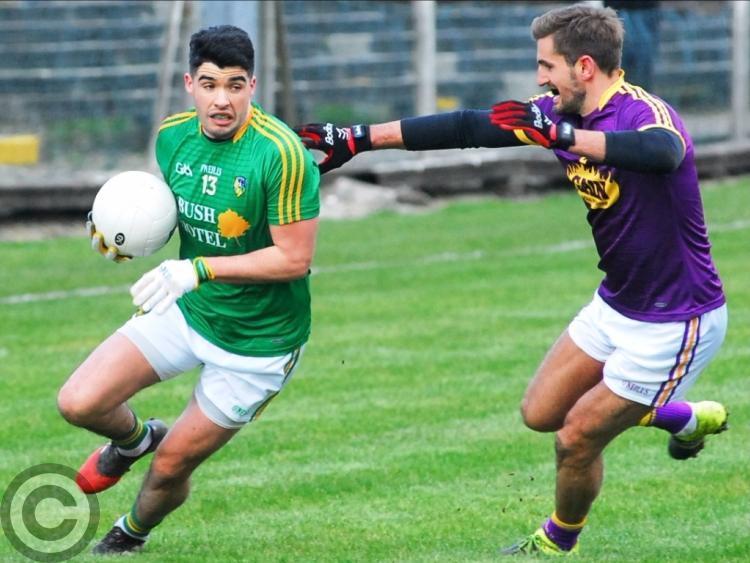 Emlyn Mulligan, in action against Wexford, is transferring back to his home club Melvin Gaels. Photo by Willie Donnellan

Melvin Gaels have received a huge boost for this year’s championship with the news that Emlyn Mulligan has transferred back to his home club for 2017.

Leitrim GAA County Board confirmed reports online that the former Leitrim captain, who scored six frees against Wexford in the Allianz League Division 4 last Sunday, has made the switch back to his native club after four seasons with Dublin’s St. Brigid’s.

The news comes as a huge boost to the Kinlough who won the Intermediate title in 2015 but lacked experience when they were overrun by neighbours Glencar/Manorhamilton in the Senior Championship Quarter-Finals.

Although rumours had circulated of Mulligan’s return to the Gaels ranks for some time, the talented forward was still listed in the programme as St. Brigid’s Dublin for last Sunday’s game against Wexford.

Mulligan won a Senior League title with the Blanchardstown outfit during his time in the capital but spent time in America as well.