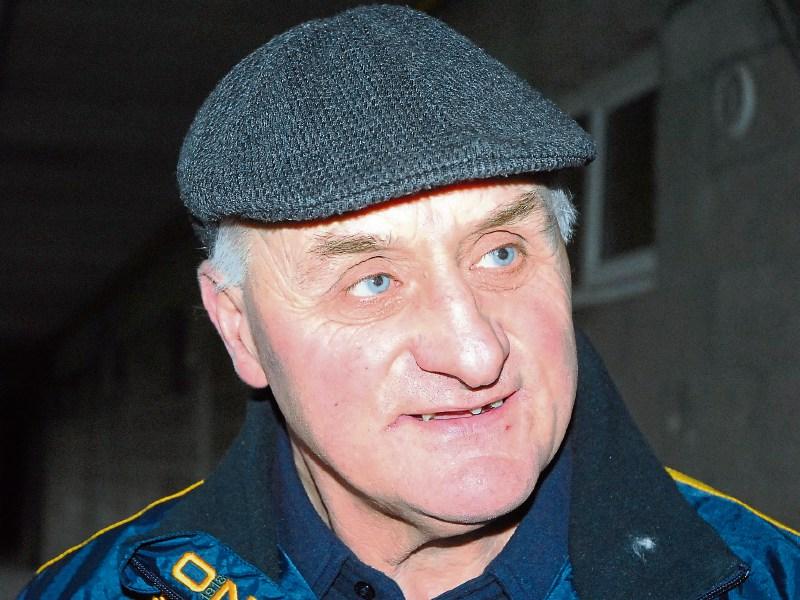 Leitrim fans may have been deeply disappointed that a fantastic Green & Gold fightback wasn’t rewarded with at least a draw but Martin Cunniffe claimed he was happy with the way game eventually turned out!

Speaking to the Observer, Martin revealed “The big thing about today is that is was our first game. Longford had four or five games, they played in the Kehoe Cup, this is our first outing and we are very happy with the way it turned out. We knew at halftime we had to go out and give it our all, we put on a few subs which changed things up. Overall, we are very happy.”

Looking back on the game, Martin was very happy with Leitrim’s battling quality - “We were 15 points there. The two goals they got, they came all of a sudden, you may say in five minutes in the first half, Longford were seven or eight points up so it was things like that.

“In the second half, we came out and the lads gave it everything they had, I’m very happy with the way things turned out. We could have got a draw there in the end, the last ball there was hit wide when we should have dropped it in but that it the way it goes.”

Martin highlighted the role of new addition Conor Byrne and Leitrim’s physical size to the team’s display - “Conor Byrne gave a great exhibition. Big men means a lot and it means a lot in football as well. With too many small men, you won’t go too far. I’d like some more of them and we can take on the best.”

As for the rest of the League, Martin said “We have Warwickshire on March 5, we’ll go over there and do our best. There is a big panel of players this year, 29 or so, and we’re just trying to get the best 20-22 out on the field.”

Longford manager Ray Gavin was a very relieved man as he commented “We sat back maybe a little too deep and gave away too bad goals and the next thing the tide turns. And the thing is, in any game, it is hard to stop it. We gave Leitrim a sniff, they got more than a sniff and they went for it. And in the end, we were lucky to get out of here with a win.”

Ray pinpointed Leitrim’s physical presence and the fact that Longford had such a big lead as reasons for their second half struggles - “Every time a ball went into the area, it looked as if it was going to cause us trouble. Leitrim are big, bigger than us physically but that is what you are going to get in Division 3 hurling so I’m not going to complain about that end of it.

“We made it hard for ourselves. When you go that far up, it is hard to keep lads focussed. We are trying to tell them to keep the scoreboard ticking over and you suck the life out of an opponent but we didn’t do that. Leitrim got a grip on the game and suddenly we’re hanging on.”

The Longford manager also questioned whether his team had done enough to support the excellent Cathal Mullane - “They sat in in front of him, they had two or three lads every time he got the ball, they knocked it away and bottled him up but he is going to have to deal with that.

“But when that is happening, I’m going to ask the question where is the two spare men? If there is three on Cathal, who is free, Cathal has enough vision and experience that he can pick out a spare man. We stopped contesting the dropping ball and we were lucky to hang on in the end.”

And Ray stressed that Longford will have learned a valuable lesson last Sunday - “On the positive side, we didn’t lose the game and at the end of the day, we have two played, two won so what more can we do. We have lots to work on.

“These lads need to realise that no matter what level you play at, nothing comes easy. You can’t just turn up when you feel like it, you got to come in prepared. Some lads might have learned that today and if they didn’t learn it, they’re certainly going to be told about it when they go into the dressing room. Two out of two, what more can we ask for.”