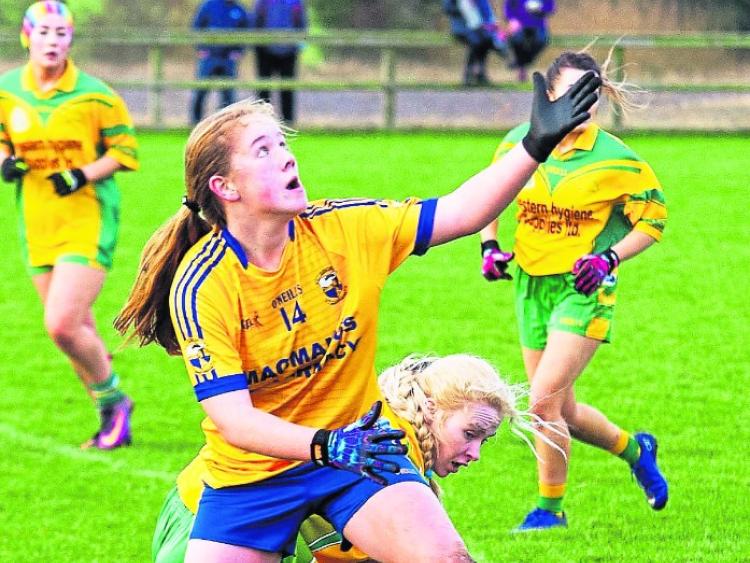 Muireann Devaney, pictured here in action for Glencar/Manor, has been included in the Ireland U-15 squad

Manorhamilton's Muireann Devaney has been included in the Republic of Ireland U-15 squad for a friendly against Northern Ireland which will be played in the AUL complex, Clonshaugh on Sunday at 1.30pm.

CONGRATS | Muireann DEVANNEY @StclaresSport who will line out for FAI Schools in an International Friendly on Sunday in the AUL #COYGIG pic.twitter.com/igheVGY4kx

The Republic of Ireland outfit are still in trial process ahead the Bob Docherty Cup which will take place in the same venue from April 9 to 12 with a squad of 18 players set to be named next month.

Congratulations to Muireann Devaney on her selection to represent the Republic of Ireland U-15 Girls in their... https://t.co/3780FJABDb

Their opposition is also a development squad that will feature players selected from Regional Excellence Centres throughout the North. It will definitely be a good run out for the Republic of Ireland who need some competitive football under their belt with a new look side starring.

The squad’s final trial session before their International tournament is pencilled in for Saturday, March 25 in Abbotstown.