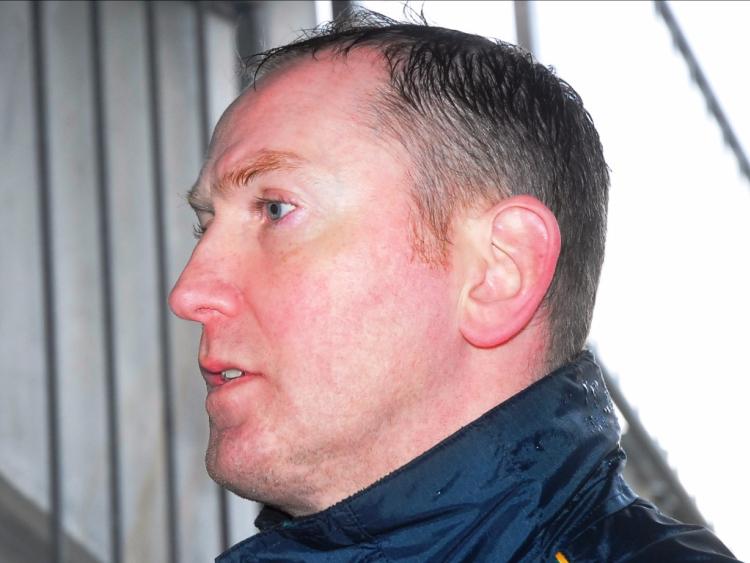 There were so many talking points from last Sunday that it is hard to know where to begin. But for manager Brendan Guckian, it all starts with self-belief.

“We made it difficult on ourselves,” Brendan told the Observer after first quipping did anyone have any heart medication, “I thought we were the better team, played better football, went seven points up and then we sort of sat back.

The theme of belief is big for the Leitrim manager and it was a topic he returned to later in his post-match remarks as he remarked about Leitrim’s resilience “That was definitely pleasing, you would hope we are showing a bit of maturity.

“We are getting a bit of confidence in ourselves and that self-belief. Leitrim are entitled to win games and we need to believe that ourselves and I think that was the most pleasing thing today, the character we showed, particularly in the last eight or nine minutes, when we needed to grind out a result we did that.

“That is what we are trying to instill in the lads and they will get there, it is a process and I can’t fault their work and their commitment, anything that is asked of them, they are doing it. I’m just delighted for the lads themselves that they got a result today.”

Indeed Brendan went on to praise his players for the manner in which they reacted to the defeat in Mullingar - “I think their attitude this week and their reaction to the Westmeath game has been excellent and I compliment the whole panel on their effort and getting a result today.

“A win always gives every team a lift and it will be no different for us. It is all about a reaction. We got a reaction from the loss last Sunday and we need a reaction Tuesday night from a win. It is all about how the lads react and if we get the same reaction we got last week, we’ll be in a positive place.”

Looking back at the game, Brendan  highlighted the impact of the panel and substitute Brendan Gallagher - “I’ve said it about being a panel. If somebody is called to do a job, they are expected to do it. Brendan brought a bit of necessary energy in when he came in and I think his experience showed by taking the quality points he took at a vital time.”

And the Leitrim manager is not giving up on promotion - “We’re back in the hunt, there is still, you’d imagine, a couple of surprises in the division but we’re just going to focus on one game at a time and our next focus is Limerick.

“Limerick are a strong physical team but there is not much between any team and I think it is who wants to win the battle the most on any day.”