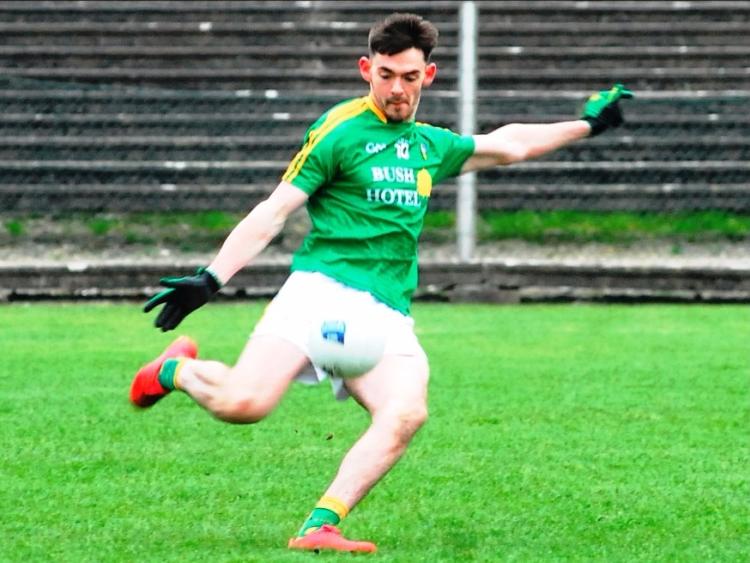 Leitrim’s dreams of a third Connacht U21 Championship title died an agonising death on Saturday despite a ferocious second half fightback that cut an 18 point halftime deficit to just four points at the final whistle.

Much had been expected of this Leitrim side since their U16 and Minor days but in a  first half that left the Green & Gold supporters in shocked silence, Leitrim conceded 4-8 with just two points in response and it could, and should have, been a lot worse.

There seemed little or no hope for Leitrim in the second half as they trailed by 18 points at the break after being ripped to shreds by a rampant Galway but Leitrim hit an unanswered 1-6 in the first eight minutes of the second to ignite their challenge.

A straight red card for Keith Keegan, following on the first half dismissal of Galway’s Kieran Molloy, halted Leitrim’s charge in its tracks and allowed Galway regain a measure of self-control.

But the drama comeback seemed on again when a long Conor Cullen delivery went to the net, perhaps with a touch off Keith Beirne, to cut the gap to five points.

A Jack Heslin point reduced the lead to four points with eight minutes of normal time but two Galway scores in the space of a minute, their only scores of the second half, again killed Leitrim’s drive.

And despite six minutes of added time, Leitrim were reduced to firing long balls in at the Galway goals as the Tribesmen held firm under the Leitrim bombardment and despite points from Conor Cullen and Keith Beirne, a relieved Galway held on for the win.

Earlier in Tuam, Leitrim suffered a heavy defeat in their opening Connacht Minor League clash against the Tribesmen, 1-16 to 0-8. The Green & Gold conceded a goal in the very first minute and Galway were never subsequently threatened after that.

See this week’s Leitrim Observer for a full report on Saturday’s Connacht U21 Championship and Connacht Minor League games in Tuam.