Second former Leitrim player to line out with top county 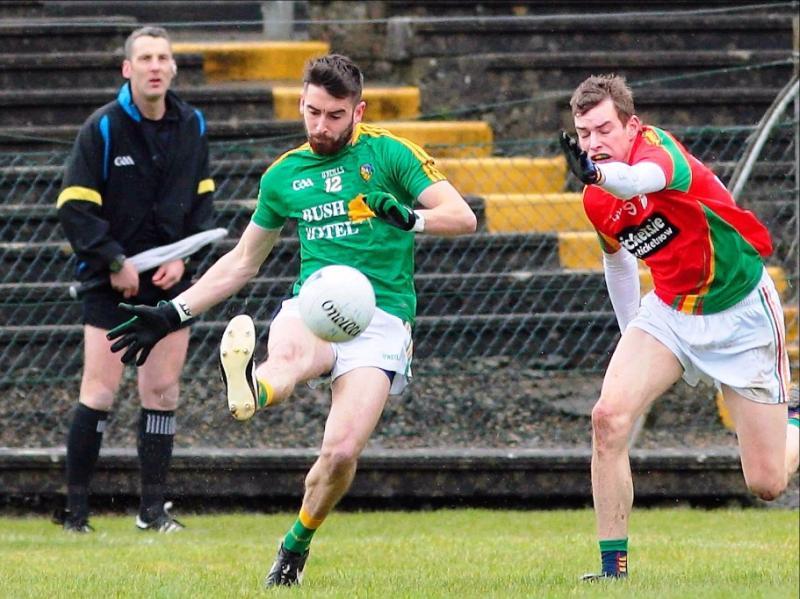 Kevin Conlan in action for Leitrim against Carlow in 2016.

Former Leitrim GAA star Kevin Conlan is in line to make his debut for Munster giants Cork on Sunday after the Dromahair man was named on the bench for the Rebel's Allianz League Division 2 clash with Meath.

Conlan, a former Vice-Captain for the Green & Gold, moved to Cork for work over the last year and transferred clubs from St. Patrick's Dromahair to Douglas in Cork.

And now Conlan has been called up to Peadar Healy's squad and handed the number 24 jersey for the clash against Meath on Sunday in Pairc Ui Rinn.

Conlan joins former County colleague Paul Brennan in lining out in the colours of another county, Brennan getting regular game time during this year's League with Donegal.