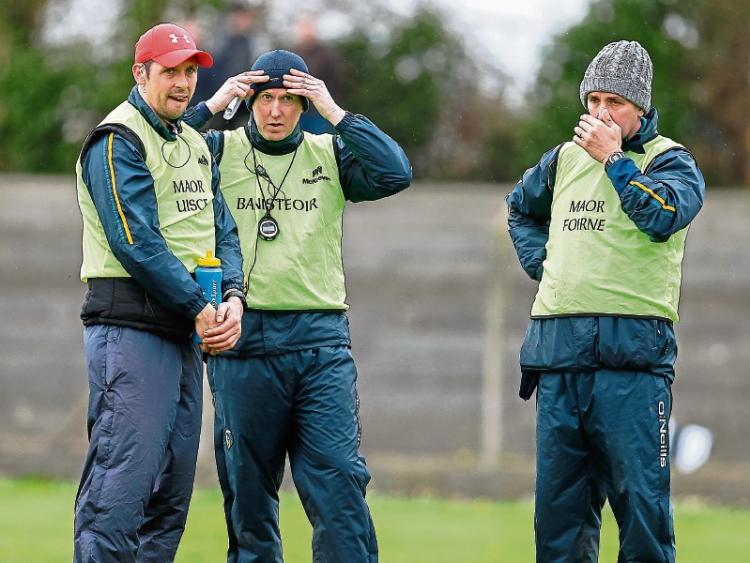 With promotion now officially gone for another year, Leitrim's gaze will turn to the championship particularly with the visit of London to Pairc Sean Mac Diarmada next Sunday.

The Exiles come to Carrick next Sunday (1 pm throw-in) looking for their second win of the campaign but many eyes will be looking towards the Connacht Championship meeting between the counties in Ruislip on May 28.

Both teams will be anxious to lay down a marker for that game with the Exiles remembering all too well their 2013 Connacht Semi-Final victory over the Green 7 Gold that saw them qualify for their first ever Provincial Final.

Leitrim will be eager to finish their campaign on a high and a victory over London would be a huge morale boost for the championship.

Leitrim Ladies are also facing a battle to qualify for the League Semi-Finals after they fell to a four point defeat against Roscommon last Saturday in Ballinamore.

Leitrim travel to Ardfinnan next Sunday to take on an undefeated Tipperary and a defeat for the Green & Gold and a victory for Meath against Offaly, one point ahead of them in the tables, would mean they miss out on the semi-finals.

But the situation is complicated even further as a win for Offaly, who are level with Leitrim on points and hold the head-to-head advantage, would leave them in a great position to make the playoffs, particularly as the midlanders face a struggling Down in their last game.