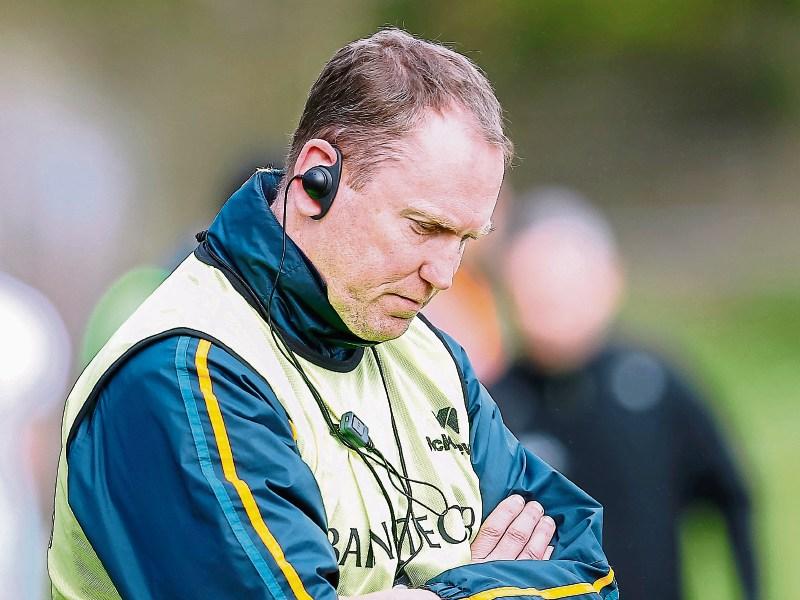 A downbeat Brendan Guckian admitted his disappointment after the final whistle in Newcastlewest as he pointed towards his team’s own errors as a key factor in the two point loss to Limerick.

Speaking to local radio, Brendan said “Yeah, a disappointing defeat. Six points down at halftime but there was a strong breeze there and we felt that if we got a run on them, that we could overturn the six point deficit.

“We pulled it back to a point and then made a couple of errors and cost us the game. The wind was such a factor that we felt that six points was definitely a lead that we could overturn and probably the biggest set-back was the goal in the second half.

“Just when we were getting on top, they got a goal against the run of play and that set us back a bit but in saying that, we bounced back and pulled it back to a point and then just one or two errors cost us the game in the end.”

With promotion now officially ruled out, eyes will turn towards the championship but Brendan is always looking for a performance - “Every game is used as preparation and every game is used to improve on things we mightn’t have done well in the previous games.

“So the next two games are no different, there are lots of things we need to work on after today and lots of areas we need to improve on and hopefully, that is what we will do.”

Limerick manager Billy Lee was understandably a happy man and full of praise for the character of his young side - “It’s always great to be winning - we had to grind it out and that was fantastic from the lads in the sense that we were down a body going down the home stretch.

“We came under a bit of pressure because Leitrim had bossed the most part of the second half, but they still had the confidence in themselves to get the scores at killer times. That was brilliant and shows the character we are trying to build into lads.

“We know they have that character, it’s just about showing them how to win games in the final stretch of the match.”

The Treaty boss revealed that he was not too worried about Leitrim’s wind advantage in the second half - “I wasn’t that fussed about the breeze because it was strong when it blew but it wasn’t strong all the time. I thought we were playing good enough football.”

However, Lee did say he was unhappy with Leitrim’s dominance in the middle of the park in the second half as he felt that Limerick encouraged the Green & Gold onto them - “Leitrim did boss the second half around the middle area and unfortunately options for us in that area aren’t plentiful.

“To be fair to the boys they showed great spirit and stuck together and worked hard and we got out with 2-11 and just about deserved to be ahead at the finish line for the endeavour if nothing else.

”We felt we were dropping too deep when playing with the breeze, we wanted to move the ball forward fast and I suppose it’s a transition from what they were doing previously, and that’s not a criticism, but it takes people time to learn. It can be frustrating for them and for us but to be fair to the lads they are working hard.”