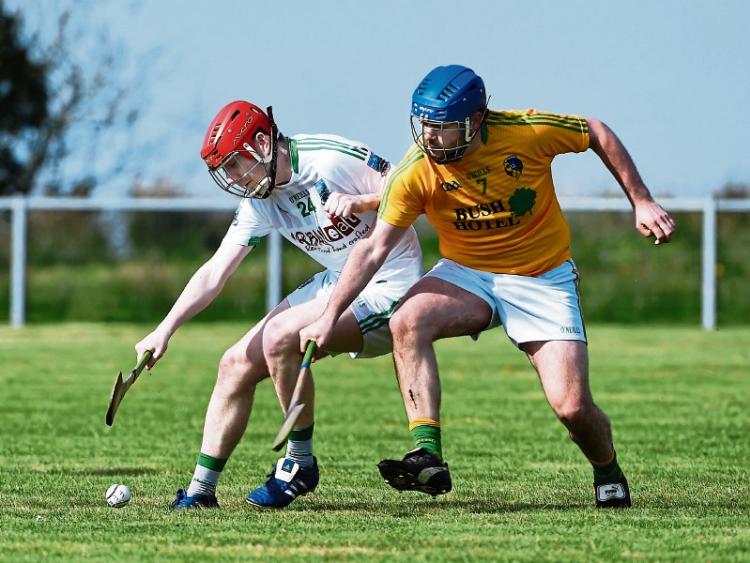 Leitrim recorded their first win of the Allianz League Division 3B campaign when they overwhelmed Fermanagh in the first half last Sunday in Lisbellaw.

With both sides searching for a first win, Leitrim used the breeze to good effect in the first half as they built up a commanding 3-10 to 0-3 lead that left Fermanagh with a monumental task.

That left the home squad with a mountain to climb on the resumption even with the breeze to assist them and while Fermanagh dominated the second half, steadily cutting down the deficit, there was no real indication that they would be able to bridge the gap.

Points alone would be insufficient and Fermanagh never really engineered sufficient chances to net. The result was put beyond all doubt with seven minutes of normal time remaining when Leitrim pounced for their fourth goal.

Although Fermanagh did poach a late goal, Leitrim were not especially flattered to come through with half a dozen points to spare. The teams meet in the opening round of the championship and Fermanagh are now well aware of the test that lies ahead.

Fermanagh had a few early attacks which came to nought and they were caught on the hop by a quick Leitrim goal in the Connacht side’s first serious forward raid. Padraig O’Donnell was the marksman and he proved a prolific score taker and was especially accurate from frees.

Karl McDermott struck a fine shot from play before Fermanagh got off the mark with John Paul McGarry slotting over on eight minutes. Declan McGarry was denied a goal a few minutes later, Leitrim keeper Declan Molloy parrying over a strong shot.

Shea Curran steered over a free to keep Fermanagh in touch towards the end of the first quarter, but from there to the interval Fermanagh were on the rack.

Leitrim began playing with confidence and leading the charge for them was the unerring O’Donnell who drove over a trio of scores, two from 65s and another from an angle out on the wing.

Leitrim nabbed a second goal. A long ball lobbed in from the wing and Kevin O’Connor was on hand to sweep home from close range.

O’Donnell was again to the fore with a series of points and he capped a tremendous individual contribution by hammering in his side’s third goal. Two late points from Colm Moreton and another O’Donnell free had Leitrim coasting.

The gap was massive but Fermanagh made a reasonable fist of erasing it with a greatly improved all round effort that gave Leitrim something to think about.

Declan McGarry shot an early score, Leitrim responded with another O’Donnell strike, but for the next 20 minutes, the game was dictated by Fermanagh. Points arrived from Declan McGarry, Ryan Bogue, Thomas Cleary and with Leitrim looking far from assured, there was the prospect of a tight finish.

The lead had by now been trimmed down to eight points and with adequate time still on the clock there was a slender chance of making it a grandstand finale.

Not to be though as Leitrim poached an unexpected goal with a rare second half attack, Kevin Clerkin popping in from the edge of the square.

Fermanagh did finish with a late burst of scores. JP McGarry fired low into the corner and Ryan Bogue arrowed over two closing points.