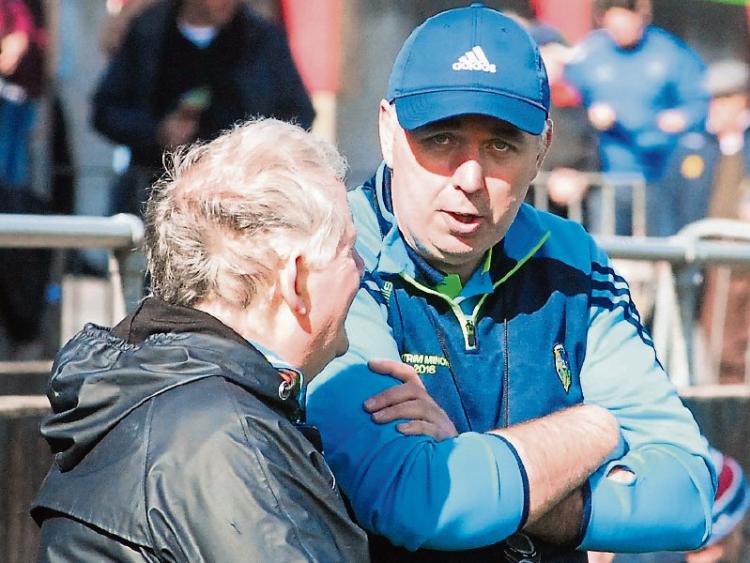 In the proverbial game of two halves, Leitrim let slip a six point halftime lead as they fell to their third Connacht Minor League defeat to undefeated Sligo on Saturday at Sligo's Centre of Excellence in Scardan.

In the first half, Leitrim looked to be completely in control but when a rejuvenated Sligo turned up the heat in the second half, Leitrim were outplayed and particularly so after Niall Colsh struck for two goals within 12 minutes of each other.

Leitrim took an early lead when Jordan Reynolds fired over a point from play just 29 seconds after the throw-in. Some four minutes later Sligo got on level terms when Red Óg Murphy split the Leitrim posts from a close in free.

The even nature of the exchanges continued for the opening 19 minutes with James Clancy hitting over two points which were answered by two by Sligo's Red Óg Murphy.

Holding Sligo scoreless, Leitrim took complete command for the remainder of the half after James Clancy edged them in from with a 20th minute point from play.

Following that. further points were put over by Óisin McLoughlin (2), Sean Harkin, James Clancy & Aaron Hoare. At the break, Leitrim deservedly led 0-9 to 0-3.

After the restart Sligo was a transformed outfit as they upped their game by several gears and forced Leitrim to play second fiddle for more or less the last 30 minutes.

The turning point of the game arrived on the 35-minute mark after Sligo half-time sub Rory McHugh sent a high ball into the Leitrim 'square' and centre forward Niall Colsh was on hand to flick the ball to the net and put the home side back into contention.

Leitrim's lead was halved and three minutes later Red Óg Murphy narrowed the gap further for Sligo when he fired over a point. Sean Harkin opened Leitrim's second half account when shot a 39th minute point, to put a goal between the sides.

Sligo continued to drive forward over the next five minutes and got on level terms for the first time in 25 minutes thanks to Barry Gorman, McHugh and Red Óg Murphy who all added a point each in this period.

Leitrim sub Riordan O'Rourke put his side back in the lead for the last time in the game when he hit over a 45th minute point. But that lead was short-lived as Conal Ryan, within a minute, replied with a Sligo point to level the proceedings for a fifth time.

Sligo took the lead for the first time on 47 minutes when Niall Colsh got behind the Leitrim cover and fired home his second goal of the half to put his undefeated side on the road to their third successive Connacht Minor League victory.

Four minutes later, Red Óg Murphy put Sligo into a four point lead when he shot over. Leitrim keeper Shane Cox pulled off a top drawer save when he deflected a goal bound 58th minute effort from Sligo sub Ciarán O'Dowd out for a '45.' Red Óg Murphy put over the resultant '45' to stretch Sligo's lead further.

A free conversion by Red Óg Murphy on the 60-minute mark put Sligo into a six point lead. Before the end. Leitrim won a penalty after sub Mark Diffley was taken down. Óisin McLoughlin clinically converted the spot kick.

Main Man: Red Óg Murphy was a tormentor of the Leitrim rearguard. He always popped up to win ball up front for the Yeats County side and when he didn't register a score himself, he delivered a pass that generally added something to his side's tally.

Talking Point: It was somewhat puzzling how Leitrim, who were so dominant late in  the first half, were forced to into submission after the restart. As the half progressed, Leitrim was forced to almost totally concede the upper hand to a  resurgent Sligo.

Turning Point: Sligo's first goal, five minutes after the restart, changed the course of the game. Halftime sub Rory McHugh flighted a ball perfectly into the ideally placed Niall Colsh, who flicked his effort clinically to the Leitrim net.

Ref Watch: Paul Lydon was an impartial official who kept the game flowing. Mentors from both camps occasionally expressed frustration that Lydon did not award frees to their men caught up in tight defensive situations.

Highlight: Niall Colsh's second Sligo goal in the 47th minute, which  put his side into a lead they never relinquished.

Lowlight: The lowlight of the game from a Leitrim perspective was the team's inability to hold onto to a six point interval advantage. Once Sligo got motoring Leitrim after the break was unable to counter the threat posed by them.