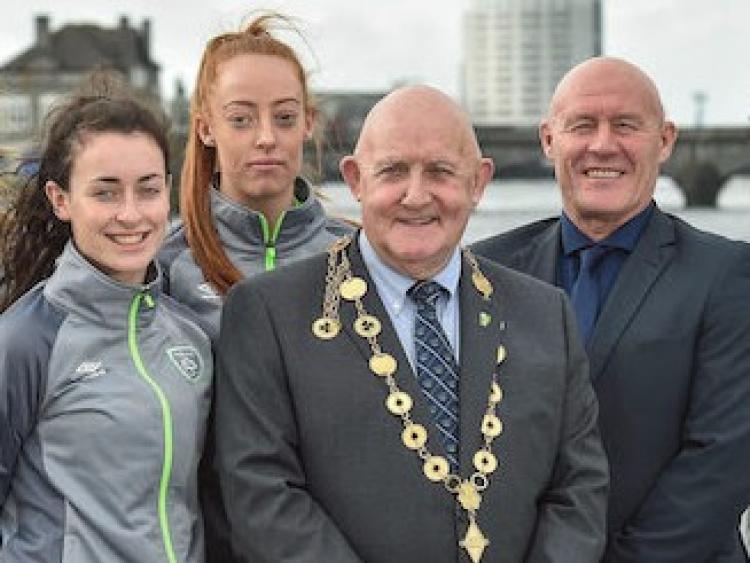 Mohill's Dearbhaile Beirne has been named in a strong Ireland U-19 squad for their three UEFA European Championship Elite Round games which will be played in Limerick next week.

Ireland will face Scotland, Ukraine and Finland as they hope to advance to the finals of the tournament in Northern Ireland.

Ireland advanced to the Elite round games having recorded wins over Macedonia, Wales and Italy last October.

Ireland will set up camp in Limerick with each of their games being played in Markets Field at the beginning of April as they set about securing a place in this summer's finals tournament.

A number of the Under 19s squad have already gained senior squad experience with striker Leanne Kiernan, midfielder Roma McLaughlin and goalkeeper Amanda McQuillan all in Cyprus for the Cyprus Cup.

Head Coach Dave Connell admits he has a strong team to pick from and was delighted to see a number of players get game-time with the senior squad.

Connell said: "On paper, it's a strong team. We're carrying a couple of niggles coming into it so hopefully all will be well on Tuesday for the first game.

"Some of the squad were able to get game-time in the Cyprus Cup which is great for them as that can be a valuable experience to have at an early age."

The WU19s have recorded some fantastic results over the past year with wins over Czech Republic, Portugal and Italy, and go into the Elite Stage full of confidence.

He continued: "We've always set our standards fairly high and we've had some fantastic results over the past year so we just need to build on that continuity.

"Our target from the word go has been to qualify for the European Championships. It's a tough group for us, taking one game at a time, but we fully focused on the task at home."

"It's a great ground for the players to play in. Limerick is a great sporting City and they're looking after us brilliantly. It would be great to get the support of the public down here and we're really looking forward to the week ahead."