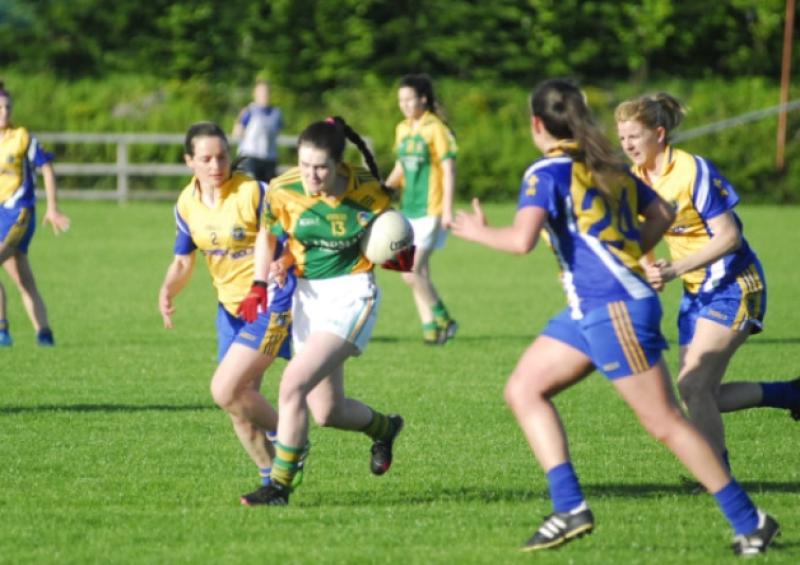 Roisin Folwey scored two goals for Leitrim in this afternoon's win over Meath.

As their male counterparts did yesterday the Leitrim ladies brought their league campaign to a winning end this afternoon in Ballinamore.

Leitrim bossed matters during the opening half but a number of missed opportunities meant there was nothing separating the sides after 10 minutes.

Four Meath points over the next seven minutes were countered only by a solitary Laura O'Dowd point meaning the lead was down to three points.

With a minute of the half remaining Leitrim's dominance was reflected more accurately on the scoreboard when Roisin Fowley struck for her second and Leitrim's third goal of the game.

An Ailbhe Clancy pointed free moments later meant Leitrim enjoyed a 3-4 to 0-5 lead at the interval.

Carla LeGuen scored within seconds of the restart with a very well taken point but Leitrim were dealt a real blow shortly afterwards when centre-back Aoife Fox left the field on a stretcher with a knee injury.

Meath came to the fore from that point forward with seven Meath points coming over the next 15 minutes while the only addition to the Leitrim tally came from a Bronagh O'Rourke point.

As the game neared its conclusion and with just two points between the sides after a Michelle Heslin point Leitrim were presented with the opportunity to make sure of victory when Eilish O'Dowd was fouled by Meath goalkeeper Orlagh McLaughlin.

Carla Le Guen took responsibility for the penalty but her effort went just wide of the Meath post.

She made up for that miss seconds later when she pointed and victory was secured when Michelle Heslin converted a late free.

Offaly's win over Down this afternoon means Leitrim finish their Division 3 campaign in fifth poisition and miss out on a play-off spot.