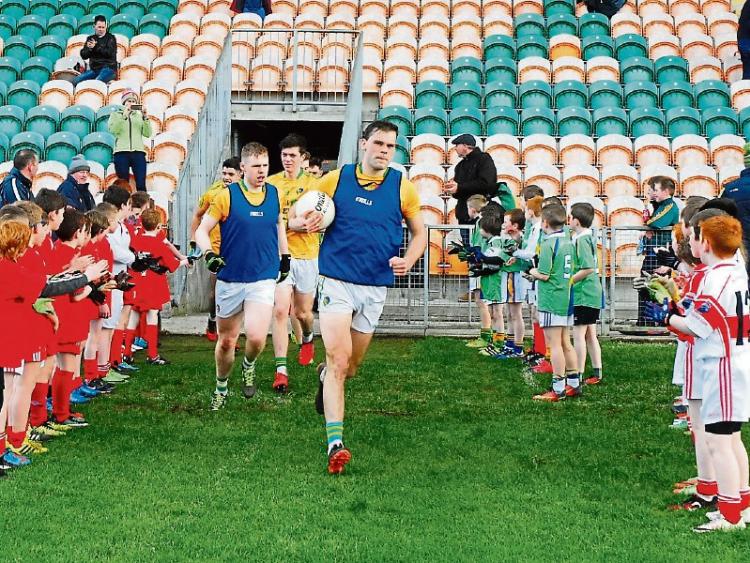 Since I last sat down to write my Observer column I have heard sport described as both the opiate of the masses and the world’s new religion. Both were meant in a derogatory sense.

While one can identify elements of truth in both positions, the situation – as usual – is not so black and white. And even where we find truth in either paradigm, it will not necessarily hold an exclusively negative connotation.

There is no doubt that sport can sedate us. It can take on an import that when looked upon rationally seems entirely dysfunctional.

Take the Premiership, for example. In a world of disproportionate wealth, suffering, and poverty, how can we justify paying millions of pounds to men to run around a field trying to kick a piece of inflated leather into a goal.

However, if we look at this world through exclusively logical eyes we will miss the magic that is everywhere in it. The bulk of our modern days are spent operating on what has been described as the horizontal axis of existence: the everyday happenings we must engage in to put a roof over our heads and food on our tables.

These we pursue to satisfy the lower levels of Maslow’s Hierarchy of Needs: the physiological and safety needs.

Work, when fulfilling, offers us the opportunity to cater for some of the higher psychological needs that Maslow identified: belongingness, esteem, prestige, feelings of accomplishment.

And for those in a profession that compliments their value base and helps them to realise their fullest potential, work can even support the achievement self-actualisation.

That actualisation exists on another plane – deemed a horizontal plane. Like the arches of a great cathedral, it draws our eyes heavenwards and allows our feet to lift of this earthly plane without even realising it.

Sport in its purest form also allows us to travel on this plane, both as players/athletes and as supporters/spectators. It allows us to leave behind the everyday toil and trouble and tap into something primal, something that exists only because we exist.

Play is plentiful in nature, but the only sport that exists is blood-sport. If you win the race, you live. If you don’t, you die. Surely this is one of the reasons why we take sport so seriously?

The ruined colosseums we know today may only be shells of their former glory but the tales of their heroic battles live on.

However, we have built sporting colosseums all over the world in which our greatest warriors still do battle. The ancient gladiators of Rome were celebrated for their physical prowess and battle skills. Victory allowed slaves to earn an audience with their vainglorious Caesars or even to win favour or forgiveness from their favourite gods.

Sometimes you would be forgiven for thinking that the games we play are matters of life or death, so impassioned are the players and the fans alike. What other than sport has the power to make a modern (or not so modern) grown man cry in front of his peers, bar death.

The first time I cried publicly was due to a sporting defeat in the final of a five-aside soccer tournament in Boarding School. I was 13 years-old. It took me completely by surprise and left me feeling exposed and self-conscious as I stood there in front of the entire boarding school, a little first-year with tears suddenly and unexpectedly streaming down my cheeks.

But my late brother Gordon – who was playing for the victors – comforted me. It was a moment of oneness with him I now look back upon with great fondness and gratitude. It was a form of communion.

When religion works, it also lifts us up. It brings communities together as a congregation to give praise, thanks, prayer, and in some cases, song. As we did in Pagan times, we come together to mark certain significant seasonal milestones, such as Easter, Thanksgiving, even Christmas (Yule).

We come together to support our teams, too. As communities. They give us a shared identity beyond that which is tangible. Religion helps us to fathom something that we can’t quite explain; it gives form and structure to the intangible that reassures us that there is more to this life than just our worldly concerns.

Sport helps us forget our worldly concerns. If only for 60 or 70 or 80 or 90 minutes. Depending on the rules of engagement.

Religion, like sport, has the power to corrupt too. Anyone who is too puritanical about their deity or their team becomes blind to that what unites us and entirely focused on perceived differences. In both cases that with the greatest potential to bring us together serves only to divide.

There is also the danger of worshipping too greatly at the altar of either your team or your deity. If either sport or religion becomes our preferred form of sedation, then we will become floored rather than grounded and potentially disinterested in everything else.

And if that happens, then we are in danger of missing the spiritual plane on this world with which we must engage on a regular basis to feed our souls.

So by all means give yourself to sport. Help it bring out the very best in you. Let it raise you up. Let it bring us together to celebrate and commiserate, communally. And to give back to and plug into something bigger than ourselves.

But let’s keep it in perspective.

And let’s treat Bill Shankley’s quote as the two-sided coin that it is. Yes, some people think sport is a matter of life and death, and yes sometimes, when the players are on the field and there is everything to play for, it is.

But when the whistle blows, it is just a bunch of lads or lassies running around a field trying to kick a piece of inflated leather between two pieces of wood.