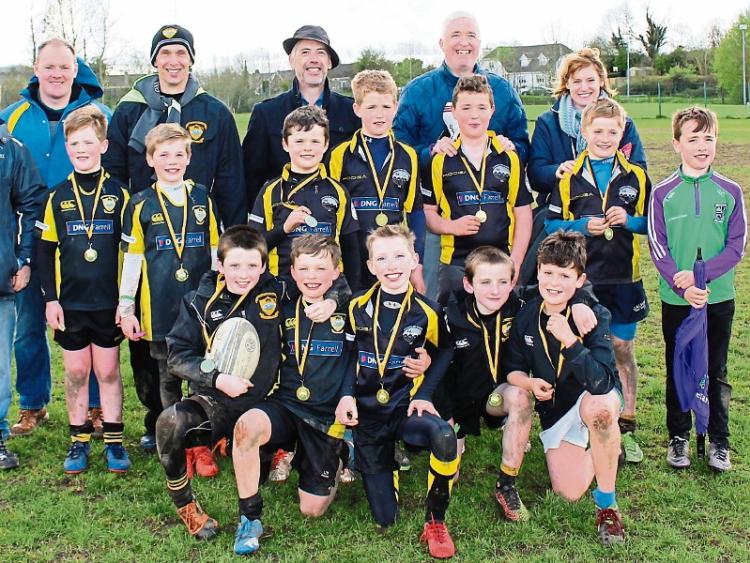 Carrick RFC U11s travelled to Buccaneers' RFC for their final outing of the season, the U11 Connacht Blitz.

Carrick were placed in placed in a group where all the opposition was provided by teams from Galway.

First up were Creggs. Carrick started slowly and trailed by two tries before crossing for their first. With eight players on each side on a wider pitch, Carrick started to use the exposed wings and their pace to run in tries, eventually running out winners by three tries.

Back up to 10 aside Carrick now took on Corinthians White. What an entertaining match this turned out to be with both sides determined to play attacking rugby that kept the opposition defences on their toes. Excellent tackling and rucking by Carrick stymied the Corinthians attack time and again.

As we entered the last minute with both sides on five tries apiece, Carrick launched a final assault where they were stopped short of the line but the referee awarded Carrick a penalty for a Corinthians infringement.

Corinthians held Carrick out for the next two minutes as Carrick continued to pick and go from the base of the ruck. Eventually Carrick breached the Corinthians defence driving over for the winning try.

After a short break, Carrick lined out to play Galwegians.

The first half was all Galwegians as Carrick struggled to shake off the post break blues with Galwegians leading by 3 at the break. A resurgent Carrick soon wiped out the deficit early in the second half taking over the lead with five minutes to go. Carrick eventually ran out winners by two tries.

Last match of the day was against Barna with Carrick having a clean sweep in their sights if they could manage to eke out another win.

This game was 9-a-side game where on the wider pitch Carrick once again used their pace on the wings to pressurise their opponents running in some excellent tries. Carrick's tackling limited the Barna attack with Carrick eventually winning by three tries.