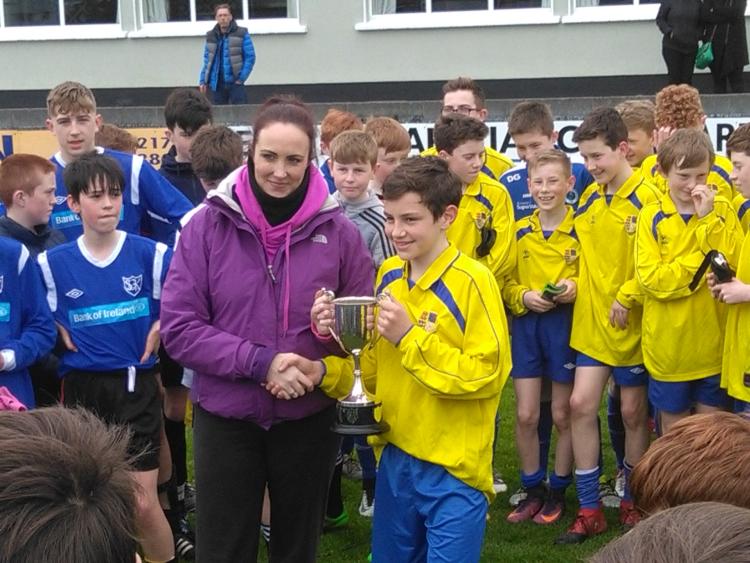 Patrick Montgomery was the St Clare's Comprehensive School hero this afternoon when he struck with six minutes remaining in the second half of extra-time to clinch the First Year ‘B’ Boys Connacht Cup.

It proved to be a thoroughly deserved win for the Manorhamilton school who looked the most dangerous throughout the contest but struggled to get the better of a Kinvara defence for whom Sean Costello was outstanding.

Having reached full-time with neither side able to force a breakthrough the game entered extra-time and it was looking as though it would take a penalty shoot-out to determine a victor before Montgomery struck to decide the final in favour of the Manorhamilton side.

Tarach Ó Snodaigh and team captain Eanna Clancy linked up very well with Patrick Montgomery with just six minutes remaining and Montgomery showed great composure as he slotted his shot past the outrushing Kinvara goalkeeper to score what would prove to be the game's only goal.

For a full report and pictures from today's final see next Wednesday's Leitrim Observer.