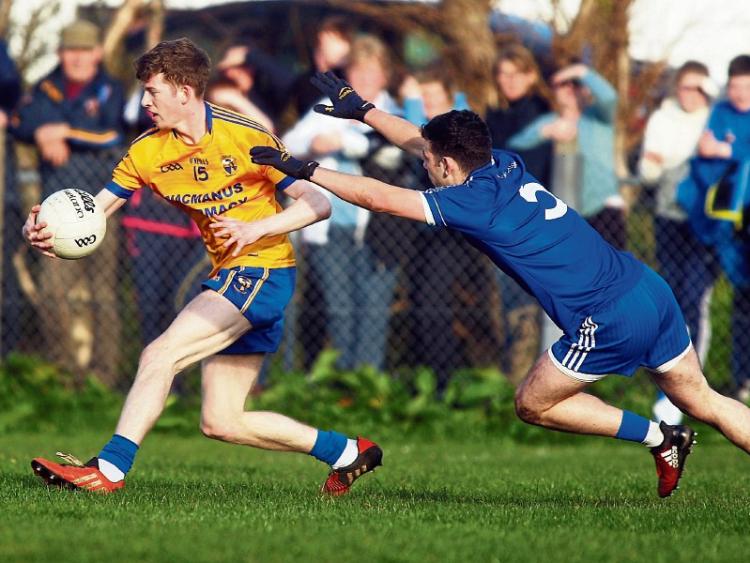 Aughavas returned to the Dunnes Bar Division 2 ranks with an impressive win over Glencar/Manorhamilton’s second string while Annaduff and Leitrim Gaels, both relegated last year, also started with victories.

Goals from County U21 panelist Fintan Gallogly and Conor Bohan set Aughavas on the road to a 2-9 to 0-10 victory while the free-taking of Sean McKiernan was also key in the win over Manor’s second string.

Annaduff scored a hard fought win over Kiltubrid on Saturday, their 0-14 to 1-8 victory coming after they trailed 1-6 to 0-5 at the halftime break. Kiltubrid goaled in the fourth minute but found scored much tougher to come by in the second half.

Eoin Gill with four points and Kenny Cox & Sean Duignan with three each led Annaduff to a three point victory.

Leitrim Gaels also made the drop last year but seemed determined on a quick return to the top flight after they accounted for Drumreilly, 1-12 to 1-8.

The battle for promotion looks even at this early stage to be a tough one as Ballinaglera and Carrigallen both had good wins, Carrigallen beating Ballinamore Sean O'Heslin's strong second string side 2-11 to 0-9.

Ballinaglera made a large statement with a nine point win over Bornacoola, 2-13 to 0-10. The Bors finished the game with 13 players as they lost two players to dismissals but the north Leitrim men dominated the game physically and picked off some lovely scores.

Cloone recorded the biggest win of the weekend in what actually may be a record scoreline for an adult League game as they completed demolished St. Mary’s second string side, winning by an astonishing 10-13 to 1-7 against the promoted Carrick men.

In Division 3, Eslin saw off their neighbours Mohill in a fiercely contested encounter, Eslin prevailing 1-11 to 0-10 for their first points of the campaign.