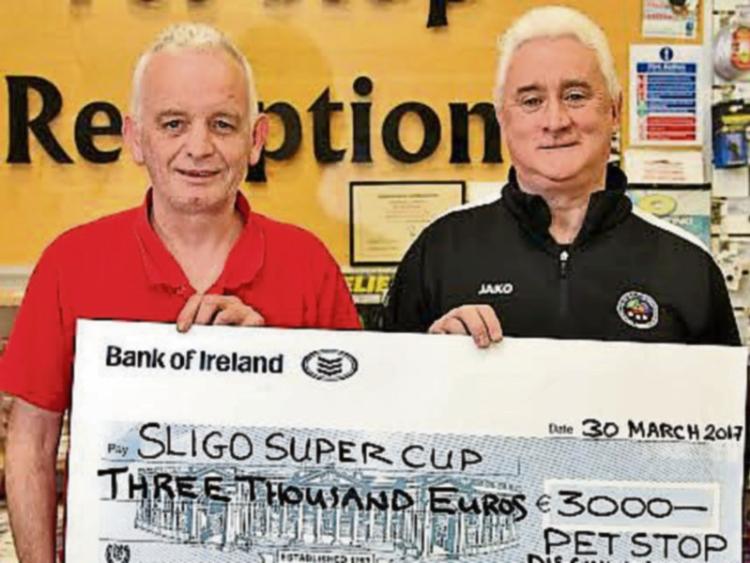 Carrick Town young footballers, Niall Holahan and Gerard Murtagh are counting down the days to their big date with Glasgow Celtic.

The Carrick pair are part of the Sligo-Leitrim U-12 squad taking part in the inaugural Sligo Super Cup to be played at Sligo Showgrounds from April 28-30. They face Celtic in their opening game on the Friday night and will also play Dublin District Schoolboys League and Linfield in the group stages.

Niall, who will have the honour of captaining the host squad, says “To face Celtic is a dream come true. It will be one of the biggest games of our lives and it will be very tough, but we’ll have a good crack at them,” he says with typical Leitrim resilience.

With the likes of Celtic and Sheffield Wednesday adding glamour and excitement to the tournament, bookings are beginning to come in from supporters planning to take a Bank Holiday break in Sligo.

Jointly hosted by Sligo Rovers and the Sligo/Leitrim District Schoolboys/Girls League, the tournament has been boosted by major sponsorship from the Pet Stop Discount Warehouse and Fuel Centre, Carraroe Retail Park, Sligo.

“We are always thrilled to support community initiatives, and particularly when it involves sport and young people. As an avid soccer supporter, I believe this tournament deserves all the backing it can get.

“It’s about promoting a healthy competitive spirit, community involvement, and cross-border exchanges, as well as putting Sligo to the forefront as an ideal venue for high class international tournaments. For all those reasons, I am proud to be the main sponsor of the inaugural Sligo Super Cup and I have no doubt it will be a major success,” John said.