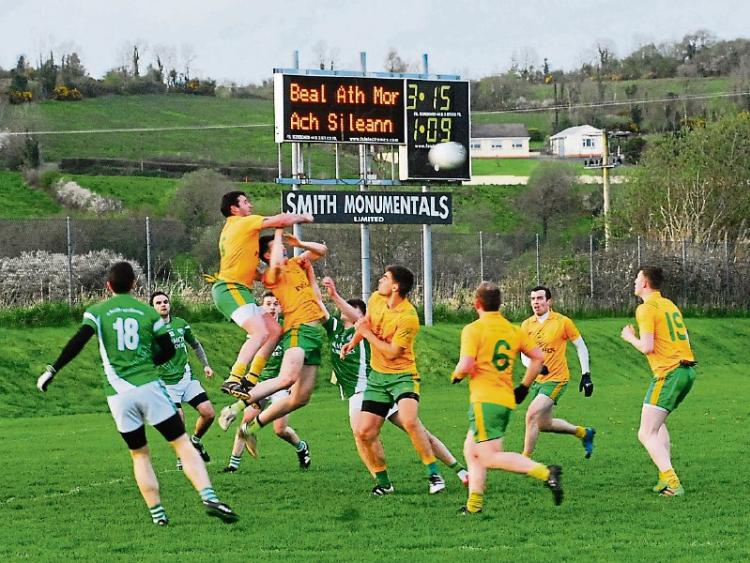 The League may only be in full swing for two weeks but planning for Summer starts in earnest next Monday when the 2017 Leitrim Club Championship draws are held in The Bush Hotel.

The draw for the Connacht Gold Senior, Fox’s Monumentals Intermediate & Pyramid Bookmakers Junior A Championships will be held at 9pm next Monday, April 24, and will be streamed live online for the first time on the Leitrim GAA Facebook page.

And with a new format for the Senior and Intermediate competitions, there is sure to be a lot more interest in the draw with the likelihood of more of the big teams meeting in the group stages.

The new format sees two groups of six teams with the top four teams qualifying for the quarter-finals with teams finishing top of their group meeting the team who finishes fourth in the other group and so on, giving teams who show good form consistently through the campaign a reward for their efforts.

The bottom two teams in each group will go into a relegation semi-final series which means that every team is guaranteed at least six games - an increase of two on last year.

The Club Championship is due to start on weekend of July 21-23, with the finals down for the first weekend of October.

With the County Board also scheduling three rounds of the Division 1 & 2 Leagues for Wednesdays in May, June and July, the refrain of clubs not getting games at the best time of the year would appear to be well dispelled with 11 games between May 31, and the end of August.

Leitrim hurlers also start their Lory Meagher Cup campaign this Saturday, April 22, when they take on Fermanagh in Enniskillen.