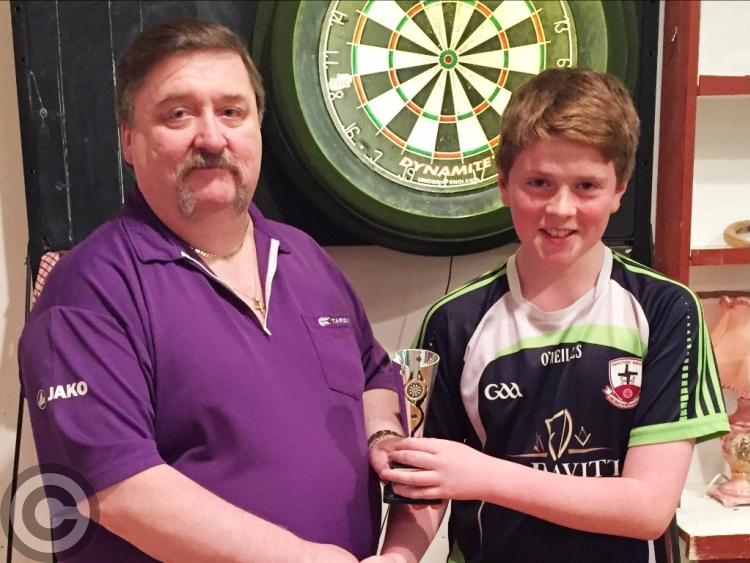 John Nevin (Cavan) recorded the highest check out of 150 in the final. All of the trophies were sponsored by Francis Davitt of Davitts Bar, Drumkeerin.

A full report of proceedings, including full list of sponsors & presentation of proceeds to North West Hospice, will be published in the coming weeks.

Week 2 saw S. McGowan beat K. Phillips in an all Sligo final. Local man Stephen Gannon was very unlucky not to beat Sean 3-0 in the first semi winning the bull to leave 25, only to see his opponent hit 104 in a remarkable comeback.

Fermanagh’s Denise Cassidy throwing class darts all night was halted by Kenny Phillips in the other semi.

Darts continue each Tuesday night at 9.30, five boards open for practice from 7.30. All visiting throwers very welcome, once again we would like to see more locals from all Leitrim leagues participating.