Walkover casts a shadow for all 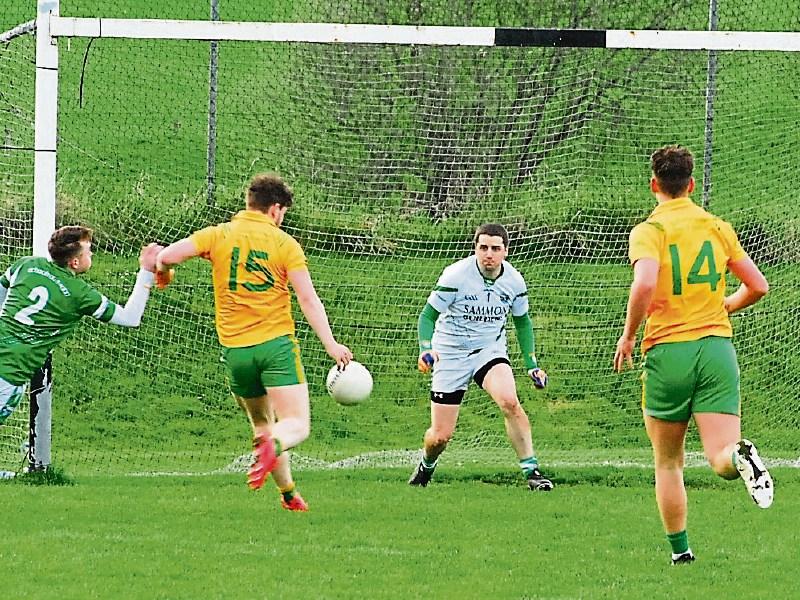 Round two of the Dunnes Bar Division 1 saw some cracking games but it was a game that didn’t take place that was the talk of the county last weekend.

Impressive wins for Mohill, Aughawillan, Gortletteragh and Sean O’Heslin’s were overshadowed by the failure of St. Mary’s Kiltoghert to field against Glencar/Manorhamilton last Friday evening, the 2013 County Champions only able to find 13 players for the game as a host of players were unavailable.

The Carrick club also failed to field in Division 2 as absentees over the Bank Holiday weekend seemed to take a toll on their ability to field teams.

Being unable to field can happen to any club at any time for a variety of reasons but given St. Mary’s proud history and the huge population in their area, the failure to field must be worrying for Leitrim GAA in the long term given the fact that so much of Leitrim’s population growth is confined to five or six clubs.

The concession also has huge knock on effects later in the year as scoring difference cannot be used to separate either Glencar/Manor or St. Mary's in event that they are tied on points with any team in the Division, either for semi-final places or relegation!

Aughawillan continued their impressive start to the campaign with a nine point win over Fenagh St. Caillin’s, 1-14 to 0-8, although it was a much improved performance from the Fenagh men after their first outing where Ballinamore gave them a thumping.

Keith Beirne led the way once more for Mohill as the county star scored 1-8 in their 1-17 to 0-6 win over Melvin Gaels in Mohill last Saturday, a surprising result given the Kinlough team’s bright start the week previously. However, the Gaels were missing a lot of players and couldn’t live with the power of the League champions.

Gortletteragh are in fourth place on scoring difference after they recorded an impressive 3-10 to 0-7 victory over Drumkeerin who hit a large number of wides over the hour. Gortletteragh, however, look as if they are moving well and their meeting next Saturday with Glencar/Manorhamilton will tell much of their ambitions for the year.

St. Patrick’s Dromahair also showed good powers of recovery as they put aside a ten point loss to Aughnasheelin in the first round to overcome Allen Gaels 1-12 to 1-6. The Drumshanbo men, without a number of key players, gave a debut to County Minor Caleb Duffy and trailed 0-6 to 0-2 at the break.

A goal from Ciaran Walsh gave the Gaels some hope midway through the second half but a much improved Dromahair landed two injury time points to complete a comfortable and vital first win.
Next weekend's games feature some interesting clashes Drumkeerin and Fenagh St. Caillin’s will be looking for their first win of the campaign in a meeting of last year’s promoted teams while the clash of Gortletteragh and Glencar/ Manor is an intriguing game.

Aughnasheelin face another derby, this time hosting an ominous looking Aughawillan on Sunday who are racking up big scores while St. Mary’s Kiltoghert may be going from the frying pan and into the fire when League champions Mohill visit Pairc Naomh Mhuire on Saturday.