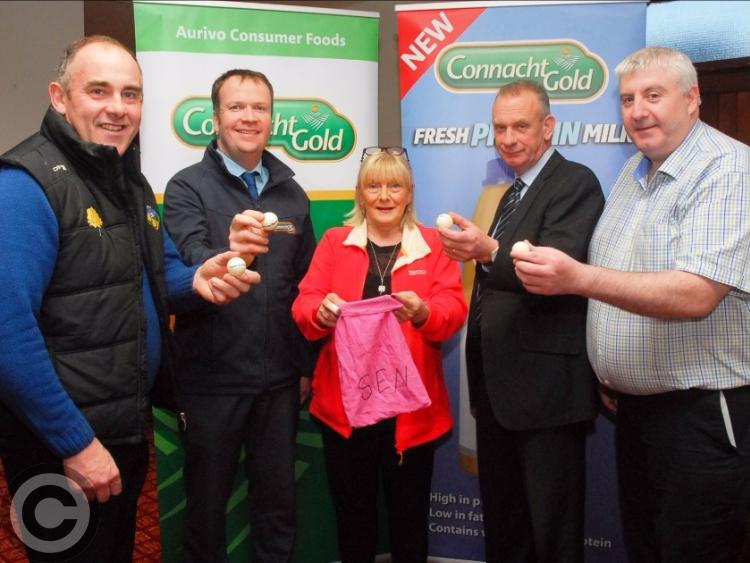 A new structure for the Senior and Intermediate grades may have just given us  the toughest  Leitrim  Club Championships since the days of the knockout grades.

Two seriously lopsided draws sees one incredibly strong group in both the Connacht Gold sponsored Senior Championship and the Fox's Monumentals Intermediate sponsored competition while the other group in each grade would be judged considerably weaker.

The gasps and fevered conversations in The Bush Hotel left nobody in doubt of the toughness of the draw and the smiles were definitely on the faces of those clubs lucky enough to avoid Group 1 in both of the main championships.

The remainder of the Group is made up of Melvin Gaels and Gortletteragh, completing a seriously strong Group 1 with only Glencar/Manorhamilton of the teams considered among the early favourites not included in the Group.

Glencar/Manorhamilton are in what looks like, on paper at least, a much easier Group with Bornacoola, Annaduff, St. Patrick's Dromahair, Drumreilly and St. Mary's Kiltoghert completing the line-up.

With four teams qualifying for the quarter-finals and the draw determined by finishing positions in the group, it should ensure a far tougher battle in the Group stages and the less likelihood that the stronger teams will be able to field weaker line-ups in the Group games.

The draw in the Fox's Monumentals Intermediate Championship is no less intriguing with Group A also seriously stacked with teams with their eyes on ultimate glory. 2016 defeated finalists Drumkeerin will be joined by fellow Division One teams Aughnasheelin and Fenagh St. Caillin's in the Group.

Add in current Division 2 leaders Ballinaglera and an Eslin team always capable of big championship performers and Group 1 is definitely the Group to watch.

2016 semi-finalists Leitrim Gaels will be happy with their draw but will be wary of Carrigallen, Cloone and Kiltubrid while Mohill's second string and a Glenfarne/Kiltyclogher team struggling in Division 3 will be happy enough.

The bottom two teams in each Group will go into a relegation playoff meaning that every team will have a lot to play for in every game of the group.