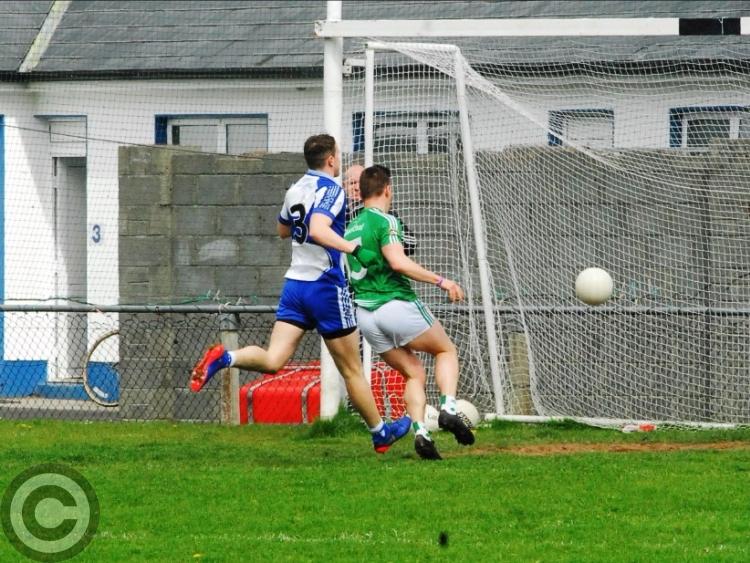 Unbeaten Mohill scored their expected win last Sunday morning in Pairc Naomh Mhuire but for the home side, the alarm bells must surely be ringing.

Just a week after they failed to field for a Senior League game, St. Mary's Kiltoghert were on the field but got a close up view on how far they have fallen off the pace and the struggles they may have ahead of them.

Mohill looked fitter, more organised and far more confident, the amount of times they broke up St. Mary's moves and attacked in waves demonstrating the intent of a team who may feel they left a Senior Championship behind them.

St. Mary's were missing some key players but so too were Mohill, something that only emphasises the gulf between the teams and the way the Mohill subs sprinted into action and worked their socks off shows a team intent on making a big impact.

St. Mary's have  talent in their ranks but they definitely looked short of the shape they need to be in to compete against the best teams. They will get better when the likes of Ray Mulvey is back and Micheal McWeeney is in better shape but at the moment, they will have to pick their games carefully in Division One if they are survive in the top flight.

Mohill started off with a good point inside 40 seconds from Alan McLoughlin who found himself in lot of space while barely a minute later, Ronan Kennedy was denied a goal when his shot was blocked out for a fifty, converted by Keith Beirne.

Beirne added another free on six minutes as St. Mary’s already looked in trouble but they showed some spirit with two Alan Doherty frees from close range in the space of a minute closing the gap to a point after eight minutes.

Mary’s should have levelled when Gary O’Daly beat his man and bore down on goal but Mohill keeper Padraig Tighe was equal to the task, preventing not only a goal but a point as the save put the ball wide with Robbie Lowe’s 50 going wide.

Turnovers were proving costly, Ronan Kennedy pointing after one and it was to get much worse as, after another Doherty free, Alan McLoughlin broke the ball loose as a St. Mary’s defender came out and the ball was quickly transferred to Barry Lupton who fired the ball low to the left corner.

Barely had the celebrations died down and Mohill were celebrating another goal - Ronan Kennedy  played a one-two with Keith Beirne and had the simple task of palming the ball to the net after the home side had lost possession once more.

Mary’s heads went down and they were not to score for the rest of the half as a rampant Mohill added six points before halftime, the first from Keith Keegan before Beirne fired over three in a row.

Kennedy and  Beirne fired over a further point apiece as Mohill led by staggering 2-10 to 0-3 at the halftime break, the game as good as over even at that stage.

St. Mary’s  had the first three points of the second half, Gary O’Daly scoring two and Alan Doherty getting a free.

Doherty put over two frees either side of a score from Barry Lupton but their revival fizzled out somewhat with two points from Beirne, one from a free, stalling their momentum,

Another O'Daly free was matched by a fisted point from the hard working Shane Quinn while sub Ronan Gordon got on the scoresheet after 24 minutes.

Doherty continued his  scoring with two frees before the end but the scores were matched by points from Domhnaill Flynn and Shane Quinn as Mohill ran out comfortable winners as they ran their bench.

Talking Point: On this showing, St. Mary's face a tough battle to retain Division 1 status this year. Mohill were fitter and better drilled as the Carrick side looked well off the pace. Mistakes  plagued Mary's, both of the goals coming from defensive errors.

Turning Point: Two goals in the space of a minute saw St. Mary's heads drop and they were both avoidable, coming from defensive errors as Mohill were clinical and deadly.

Ref Watch: Brendan Sammon didn't have a lot to do but he did it well.

Highlight: Mohill's movement, workrate and eagerness to impress their management certainly caught the eye as they really look like  a driven team.

Lowlight: A few years ago, these teams would have provided an epic encounter but St. Mary's fall from grace now sees Mohill canter by them without having to hit top gear at any stage.