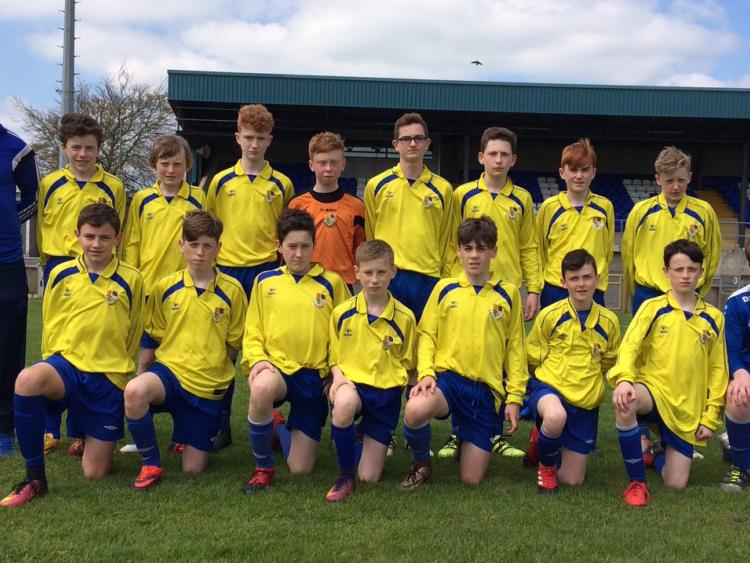 Patrick Montgomery proved to be the St Clare's hero as he finished the game with five goals to his name.

The opening half proved to be more competitve than the final score would suggest and it was the Ulster champions who opened the scoring with Matthw Lecky finding the Manorhamilton net in the sixth minute.

St Clare's replied with an equaliser from Diarmuid Giblin 10 minutes later before Darragh McFadden edged the Donegal school back in front with a long range effort.

Eanna Clancy scored St Clare's second of the afternoon when he headed to the Milford goal after a corner from Barry McNulty.

Shortly before half-time St Clare's took the lead for the first time when Patrick Montgomery headed home after a wonderful pass from Evan Broughton.

Montgomery struck for his second of the afternoon shortly after the restart after being found by Patrick Giblin and in the 41st minute he completed his hat-trick to give St Clare's a commanding 5-2 lead.

The lead was extended further with two goals in the space of the next three minutes scored by Montgomery and Diarmuid Giblin.

Arguably the best of the afternoon's goals was saved until the end as Patrick Montgomery scored an excellent individual goal to put the gloss on an emphatic victory.

Next week's Leitrim Observer will feature a full match report and pictures from today's game.