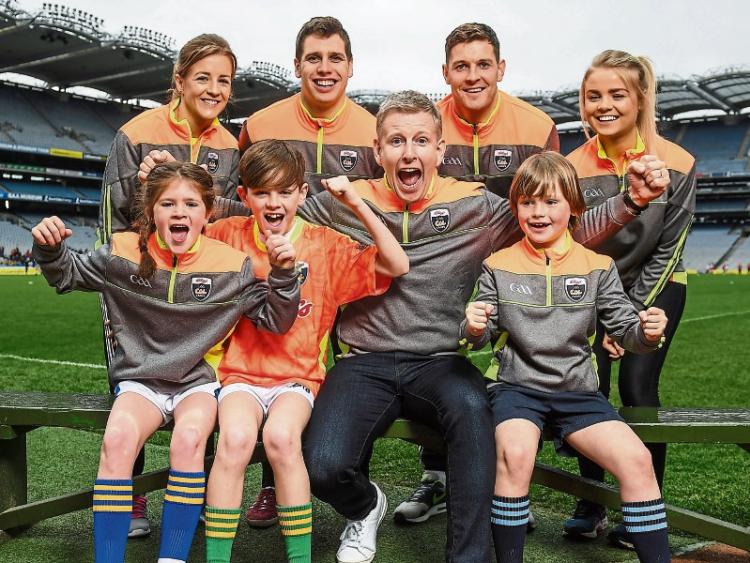 Leitrim GAA continues to lead the way with new innovations and the 2017 Kellogg’s Cul Camps will be no different with a new registration system being introduced this year.

With 15 camps spread all around the county, including new camps in Cloone and Bornacoola, the Leitrim GAA Kellogg’s Cul Camps are the biggest Summer attraction for children between the ages of six and 13 in the county.

This year, Leitrim GAA are trialling an online registration system and a club registration evening to ensure the timely registration of every child who wants to participate in a Kellogg’s Cul Camp.

All those registered before May 30, will have their Kellogg's Cul Camp 2017 kit delivered to their school with the camps commencing on Monday, July 3. The new Leitrim camps will be held in Cloone from July 24-28 and in Bornacoola from August 14-18.

The Kellogg’s Cul Camps were launched by former All-Ireland Minor medal winner and comedian Patrick Kielty along with a host of GAA stars from around the country.

Kellogg’s GAA Cúl Camps are for children aged 6 – 13 years who can enjoy a week of on-the-pitch action learning new skills, making new friends, being active and having fun during the school holidays in July and August. This is Kellogg’s sixth year of sponsorship and participation in the camps has increased year-on-year with an estimated one in four children in Ireland attending a camp.

At the Kellogg’s GAA Cúl Camps children receive training in hurling, camogie, football and ladies football and some camps offer rounders and handball. Such is the popularity and affordability of the camps that they are also organised in the UK, Australia, Hong Kong, Saudi Arabia, the US, Canada and across Europe.

Kellogg’s GAA Cúl Camps offer incredible value for a week of training, fun and activity and have been lauded as the best value summer camps in Ireland. Priced at €60 and dropping to €50 for a second child and just €40 for a third and additional children, all participants will also receive a GAA zipped training top, jersey and backpack.

As part of this year’s campaign Kellogg’s is giving families the opportunity to win €5,000 worth of training gear for their local club, plus a €500 family voucher by purchasing special packs of Kellogg’s cereal and snacks in-store. For more information parents can log on to www.kelloggsculcamps.gaa.ie.