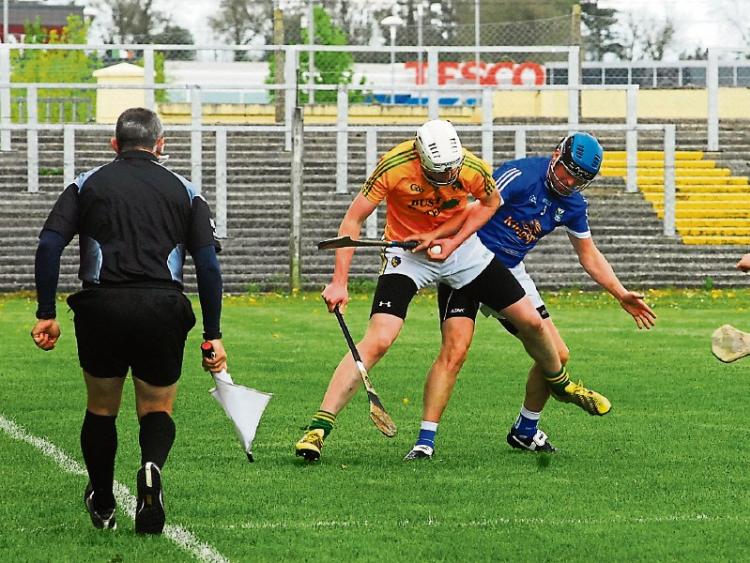 A much smaller programme than usual in the Dunnes Bar Division 1 & 2 last weekend nevertheless provided some major talking points.

St. Mary's Kiltoghert picked up their first point of the campaign after a hard fought draw with Aughnasheelin while County Champions Aughawillan suffered a second straight loss, this time at the hands of Glencar/Manorhamilton.

And in Division 2, Leitrim Gaels got back to winning ways with a comfortable win over Ballinamore Sean O'Heslin's second string.

Aughnasheelin looked on course for another win when they led St. Mary’s Kiltoghert 1-5 to 0-3 at halftime with a goal coming from a Barry McWeeney penalty. However, the home side would score just twice more in the second half as St. Mary’s launched a major rally.

Two early goals in the second half got St. Mary’s back in contention but Aughnasheelin seemed on course for the win when Ben McGirl netted for a second time for the home side. But three unanswered points at the end saw St. Mary’s earn their first points of the campaign.

Glencar/Manorhamilton had four points to spare over Aughawillan, 1-8 to 0-7, in what was a repeat of last year’s County Final. The north Leitrim men claimed a much needed second win of the campaign.

With Mark Plunkett absent through injury, Aughawillan will not be happy to have suffered two losses in a row but they face Allen Gaels next Saturday and will be confident of getting back to winning ways.

In Division 2, Leitrim Gaels move top of the table on scoring difference after they had 11 points to spare over Ballinamore’s second string side. After a shock loss to Glencar/Manor a week previously, the Gaels made no mistake as they ran out 2-15 to 0-10 winners.

The win leaves them top of the table thanks to their scoring difference of plus 19 to Ballinaglera’s plus 12 but the north Leitrim men, who defeated Allen Gaels 0-12 to 0-9 in the Shield playoff, do have a game in hand.

Next weekend promises to be a busy one on the playing field with the County Junior side out on Friday against Galway in Pairc Sean Mac Diarmada (7 pm throw-in) in the Provincial Semi-Final.

On Saturday, the hurlers will have an early start with a 12.30 throw-in for their crucial Lory Meagher Cup meeting with Lancashire.

Sunday will see a welter of finals as the first ever John McCartin Newtowngore Engineering U17 League comes to a conclusion with League, Plate and Shield Finals around the county.

Pairc Sean Mac Diarmada will host a double header of Fenagh St. Caillin's and St. Mary's Kiltoghert in the 15-a-side decider while Mohill and Rinn Gaels meet in the 13-a-side Final.