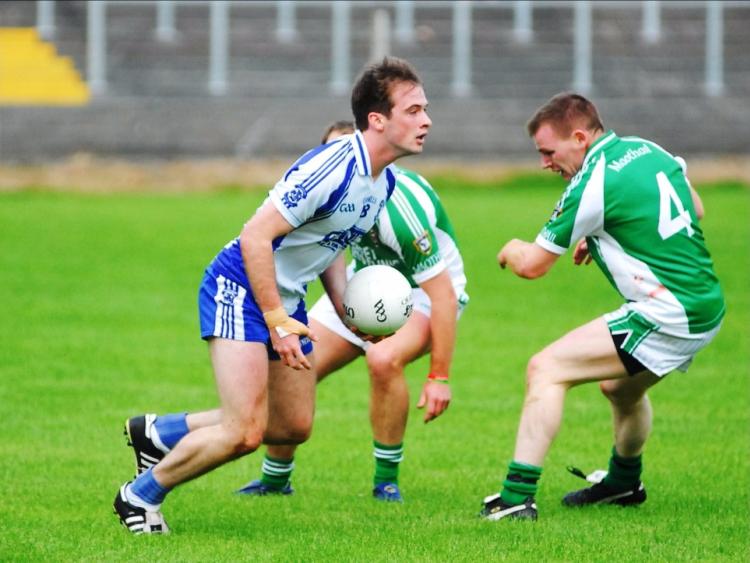 Conor Farrell in action for St. Mary's against Mohill in the 2013 Senior Final. Photo by Willie Donnellan

Leitrim may have their first outing in the Connacht Senior Championship on May 28, but the county will have some interest in the opening game of the 2017 Connacht Championship next Sunday in Gaelic Park, New York.

Former Leitrim footballers Conor Farrell and Eoin Ward have both been named in the New York extended squad that take on Sligo in Gaelic Park next Sunday, May 7, in what is being tipped as a potential banana skin for the Yeatsmen.

Carrigallen's Eoin Ward has been included in the match day 26 announced by New York manager Justin O'Halloran while St. Mary's Kiltoghert's Conor Farrell, a member of Shane Ward's Leitrim panel in 2015, is on the extended panel.