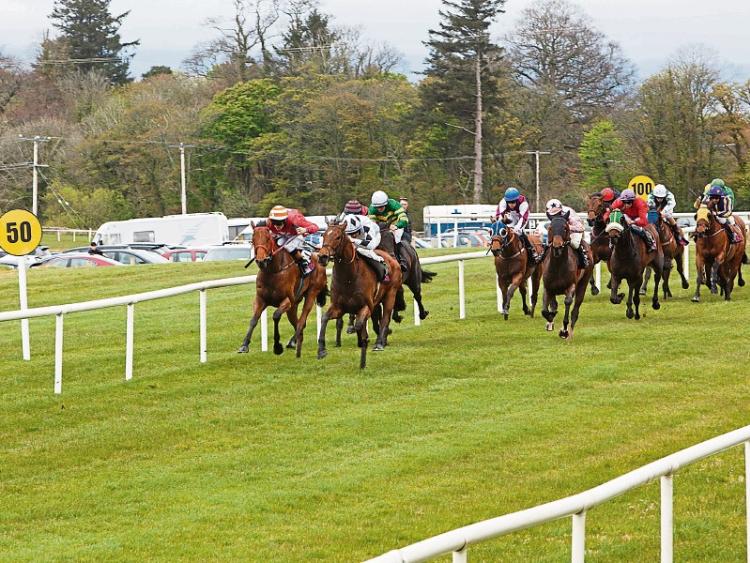 The 14:35 race at Cork is an eight-runner event over five furlongs, and it could represent the best chance yet for Joseph O'Brien's SPIRIT POWER to get his head in front. This well-bred colt has hit the crossbar on his two runs to date, finishing runner-up twice to SIRICI at Dundalk. SPIRIT POWER (5/4) will improve again from those two runs and with good ground underfoot, should be able to out sprint his rivals. DEVASTATING POWER is an interesting newcomer as the EXCELEBRATION colt is sure to have plenty of class in time. SUMMERSEAT MIST is the other one with experience and can pose a threat but SPIRIT POWER is the one to side with here.

Another one who should be getting its head in front is ZABALAN (6/4) in the 15:45 race at Cork on Saturday. A double with SPIRIT POWER could represent a shrewd bet as the Dermot Weld trained runner returns to more favourable conditions. A mile was an inadequate trip when he was five lengths behind SAAFAR at Dundalk recently, and the extra two furlongs here should bring on further improvement. That Dundalk outing was ZABALAN'S first run since finishing a strong third behind THE MAJOR GENERAL at the Curragh last summer. Stripping fitter today, and under the expert ride of Pat Smullen, this one should be the first past the post.

At Wexford, one that catches the eye is Gordon Elliott's USURP (9/1) in the 17:10 race over three miles. Bryan Cooper takes the ride and the good ground there should get the best out of this six-year-old. The last time he got properly good ground was in October 2016, when he hacked up at Fairyhouse. He's been slightly underwhelming since but this dry surface should extract a big effort from him.

Elsewhere on Saturday there is plenty of Irish interest in the 2,000 Guineas at Newmarket. A smaller field than normal goes to post in this one, but Irish trainer Aidan O'Brien still saddles three, including the current 5/4 favourite, CHURCHILL. He has been all the rage in the ante-post markets, having won his last five starts, including a comfortable three-length success at this venue in October. However, 5/4 is quite a short price for a 2,000 Guineas where young horses are still improving, and one with the scope to do just that is DREAM CASTLE (16/1). Saeed bin Suroor's bay colt won impressively on debut, and followed that with a run to be second behind the re-opposing BARNEY ROY last time out. He was two lengths behind Richard Hannon's runner that day, and although on bare form, DREAM CASTLE doesn't look likely to reverse those placings, quite a bit went wrong for the selection on that occasion. He pulled hard in the early part of the race and also hung left, but those creases should be ironed out now. The extra furlong will allow him to settle better and Silvestre De Sousa taking over in the saddle is a positive. BARNEY ROY has solid claims on the back of two wins, while EMINENT is also an interesting unbeaten runner.

Also at Newmarket on Saturday, WASHINGTON DC (8/1) can continue winning ways for Aidan O'Brien in the 14:20 contest on the card. For the first time in a while, he'll get good ground, which should bring the best out of him, and based on his gritty win last time out, he can outgun his rivals in this one.

On Sunday, Aidan O'Brien will almost certainly collect the prize in the 15:20 race at Leopardstown. He has three of the six runners, and they also represent the front three in the betting market. The trick is picking the right one of the three and I think CAPRI (9/4) could be the winner. YUCATAN (11/8) is the likely favourite, but CAPRI has accounted for his challenge on a previous outing. The pair met at the Curragh last September, and CAPRI came out on top by almost a length. That was on soft ground however, and the ground here is the question mark for CAPRI. He has finished third and fourth on his two latest runs, and perhaps hasn't come on as much as YUCATAN since that Curragh clash. YUCATAN was third last time out in mid-April, with CAPRI three lengths further back in fourth. However, CAPRI carried five pounds more than YUCATAN that day, and meeting once again on an equal footing, I think Colm O'Donoghue's mount can reverse that form.

The 1,000 Guineas takes centre stage across the Irish Sea on Sunday, with both Aidan O'Brien and his son Joseph saddling live challengers. RHODODENDRON (15/8) for Aidan is a solid favourite and is one of the more experienced runners in the race, while the improving INTRICATELY is Joseph's sole hope. However, another of Aidan's runners, WINTER (7/1) has seen some serious market support this week, and could prove the biggest improver in the field. She won a good race for David Wachman last year, and having made the significant move to Ballydoyle to be trained by Aidan O'Brien, ran a good second behind HYDRANGEA at Leopardstown in early April. She should come on massively from that run and may not need to improve all that much from that race to get involved here. The favourite has often proved difficult to win with but did have two lengths to spare over HYDRANGEA at this track in October, and has been on a solid upward curve since. A chance is taken on WINTER in the hope that Aidan O'Brien will get the best out of her and that she will come on markedly from her recent runner-up run behind the re-opposing HYDRANGEA.