A great servant to Leitrim GAA 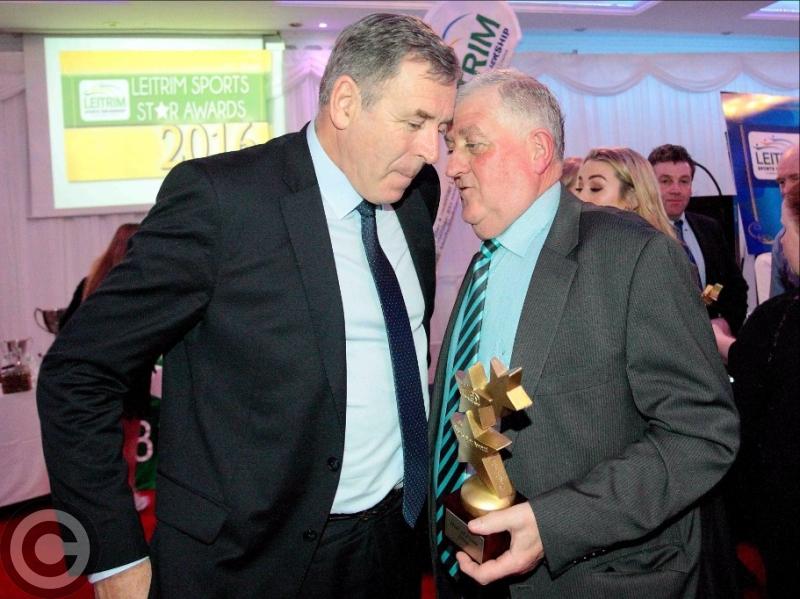 Leitrim GAA County Board Chairman Terence Boyle has paid tribute to his predecessor, the late Joe Flynn who passed away this morning.

The former Leitrim GAA County Board Chairman, Connacht GAA delegate and principal of Carrick-on-Shannon Community School, Joe Flynn was an important figure in the development of Pairc Sean Mac Diarmada, particularly the construction of the new stand.

Speaking to the Leitrim Observer, this morning, Terence Boyle, who succeeded Joe Flynn in the role, spoke of Joe’s immense contribution to St. Mary’s Kiltoghert GAA Club, Leitrim GAA and the development of schools football.

“It is with great sadness that we announce the death of Joe Flynn who died this morning,” said Terence, “Joe was a great servant to Leitrim GAA over a long number of years. He served on Bord na nOg originally and went on to serve the Senior Board with distinction and also the Connacht Council and at National level.

“Our deepest sympathies go out to his family at this very sad time.”

The Leitrim Observer would like to offer our sincere sympathy to Joe's wife Mary, children Nicholas, Cormac, Clodagh and Joe, son-in-law, daughters-in-law, grandchildren, brother Gerry, sisters Joan, Mary and Noeleen, relatives and many friends in the GAA world.

May Joe Rest In Peace.