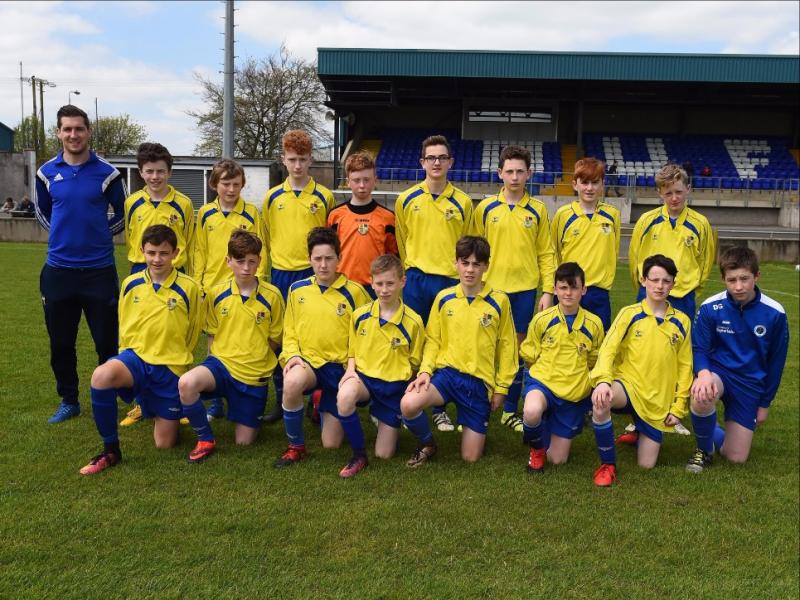 The St. Clare's CS Manorhamilton team who were defeated in the All-Ireland First Year Boys B Final.

The Manorhamilton school had gone behind after just 12 minutes of the final to a goal from Dublin Oak Academy's Marcel Toriello but a Patrick Montgomery equaliser on 56 minutes meant the game would go to extra-time.

With neither team able to force a winner in extra-time as Eanna Clancy and Diarmuid Giblin both had near misses, the match went to the dreaded penalty shootout. The teams couldn't be separate in their first five but in sudden death, Dublin Oak Academy prevailed 6-5 to lift the Cup.

Full report and reaction in next week's Leitrim Observer.