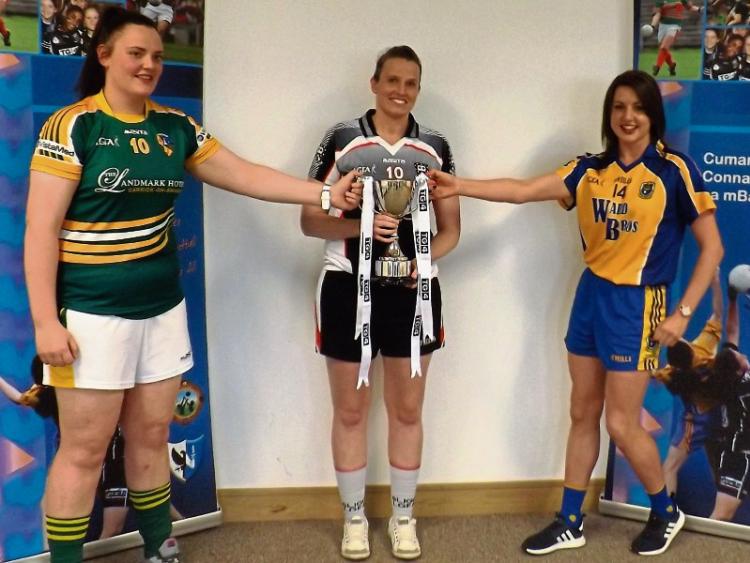 Leitrim Ladies begin their campaign to regain the TG4 Connacht Intermediate Championship crown when they take on champions Sligo next Sunday in Drumshanbo at 2 pm.

Sligo stopped Leitrim from completing a three-in-a-row in last year’s Final and Philip Brady’s team will be anxious to get back to winning ways. The losers of Sunday’s game take on Roscommon in round two with Roscommon playing the winners in the final round.

Connacht LGFA President Liam McDonagh welcome the delegates to the launch of the Provincial Championship at the Connacht GAA Centre of Excellence and pointed out our main aim for this championship was to raise awareness of ladies’ football within the province and to get as many people as possible to our games.

Leitrim will be anxious to concentrate on footballing action after a turbulent few weeks off the field but much will depend on the availability of star forward Aine Tighe. Without her, Leitrim suffered a lot of demoralising losses in the League and Leitrim will need a fit and healthy Aine Tighe.

Roscommon will also have to be watched while Sligo had a mixed campaign in Division 2 but the fact that they are playing a higher level of League football may stand to them. It will be very close this year.