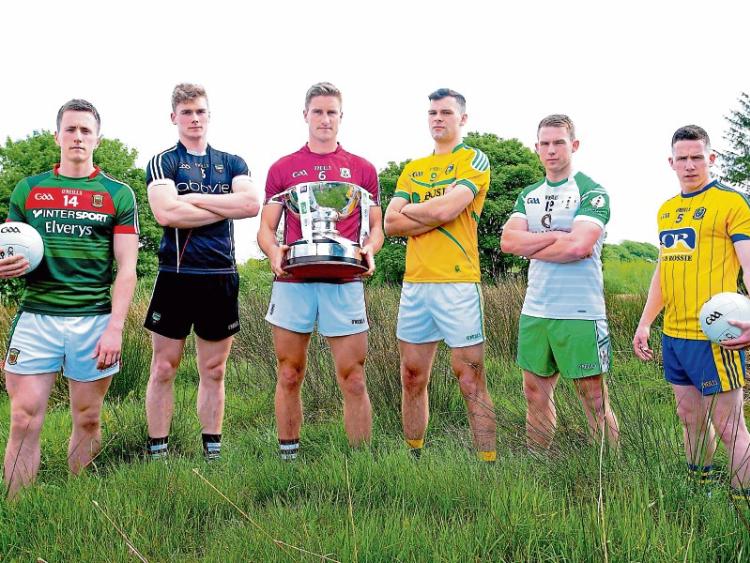 The story of the lowly emigrants battling against all the odds across the water just doesn’t fly with London GAA anymore.

They are a phenomenally well organised county board with dedicated and experienced officers, supporting clubs with a high calibre of players that have been significantly boosted by the large number of emigrants from Ireland since the economic crash here.

This is evident in the upward trajectory of their inter-county hurling and football teams in recent years making Leitrim’s challenge in Ruislip a significant one.

London showed their potential in 2013 when after a replay they defeated us to reach the Connacht final. I thought they were good value for their win because they realised how vulnerable Leitrim was at the time and they went for the jugular in the first half in the Hyde Park.

We had lost a litany of players in the run up to the drawn game, through injury and in-squad suspensions. Then we lost our talisman Emlyn Mulligan to injury shortly into the game in Pairc Sean. If you recall it took a scrambled finish from Leitrim to pull a draw out of the hat as two London goals almost set them up for a famous win.

They almost let a 14-point lead slip in the drawn game after a horrendous first half from Leitrim allowed London establish what seemed to be an unassailable lead. The comeback came close but the Exiles just held out and it was brilliant to see them take to the field in the Connacht final. They deserved their day. They had earned it.

Speaking to numerous London GAA people this week, it’s clear that they have had Sunday, May 28, marked on their diaries for some time. Playing a side against whom you fancy your chances always gets an underdog’s tail up.

But from a London perspective this game has a few extra elements to get the mouth watering.

Firstly, the taste of blood from the 2013 championship remains fresh on their lips and will have left them hungry for more.

Secondly, this championship encounter will mark the opening of the newly redeveloped Ruislip grounds and any underdog worth its name loves nothing more than upsetting the apple cart on a big day.

Thirdly, while the likes of Arsenal and Spurs must wait until July 1, to do some dealing in the summer transfer window, London have already been busy in the market.

Eoin Mulligan (Tyrone) and Kevin O’Brien (Dublin) are the two big additions to the squad and have managed to circumvent the ‘Seanie Johnston’ rule by making cameo appearances in the local club hurling championship thereby making themselves eligible to play in the Connacht championship for London.

Considering the amount of stick poor Seanie got when he pulled the same trick back in 2012 to play for Kildare, the media and the commentators on the ditch have been incredibly quiet on the topic of Mulligan’s and O’Brien’s small ball careers.

Still, these are the sort of players every Leitrim player should want to line out against. Mulligan in a Tyrone jersey had the potential to light up a game with a turn of brilliance.

His goal against Dublin in 2007 was the defining moment of that championship campaign. O’Brien, originally of the Naomh Mearnóg club in north Dublin, captained Dublin to the U21 All Ireland title in 2012 and has a senior league Division 1 title and two Leinster titles to his name too.

And finally, throw in the Ciaran Deely factor. The London manager has amassed some brilliant coaching experience since he retired from inter-county football following a respected career with Wexford.

Prior to taking on the London job he was fitness coach with the Kerala Blasters in the Indian Super League. Managed by former Irish player Terry Phelan, the league has attracted Roberto Carlos as a player and Marco Materazzi and David Platt as a manager and coach.

Upon his return to the UK he worked as strength and conditioning coach with QPR while holding a concurrent role with London GAA before eventually replacing Paul Coggins.

Deely’s links with QRP are still paying dividends for the London set-up, as they have reportedly been availing of their sports science department, and good luck to them. The London lads work as hard as any inter-county set-up and they deserve to be exposed to the best preparation possible.

However, word on the street is that the parachuting in of Mulligan and O’Brien hasn’t been well received by everyone on the panel and a few have made their feelings known by parting ways. That is unfortunate. The lads who have put in the shift all year deserve to be rewarded for that.

You’re not supposed to look a gift-horse in the mouth and I know Deely believes the experience and potential these two players bring to the squad could be match-winning. But sometimes that same horse can turn around and kick you in the mouth once the gift is gone.

Will Mulligan and O’Brien be there for the long-haul? Only time will tell if the move was short-sighted in terms of the long-term development of London football.

The likelihood of missing Emlyn Mulligan is a massive blow to the team, but on a personal level it’s a sickener for my old club mate. He’s currently awaiting a scan on his knee having tweaked it in training last week. He knows the routine having already come back from two cruciate ligament reconstructions.

Here’s hoping it’s a relatively minor injury by comparison and we’ll see him back in action before the summer is out.

Nevin McDonnell is another big loss while Shane Moran has some ongoing back problems. Dean McGovern is also carrying a knock and while he should make it he won’t be match sharp having missed some championship training.

Every player taking the field will need to be razor sharp come Sunday week. Any lack of pace, concentration, or awareness will be pounced upon.

All things considered London seem to have the upper hand. But I was involved in plenty of Leitrim teams that were supposedly on their way to Ruislip for a beating too, and we always came out on the right side.

It will take guts, intense physicality, sharp finishing, and a refusal to accept defeat. So, when you’re packing your gear bags lads, be sure to bring these attributes with you. You’ll need them in abundance.