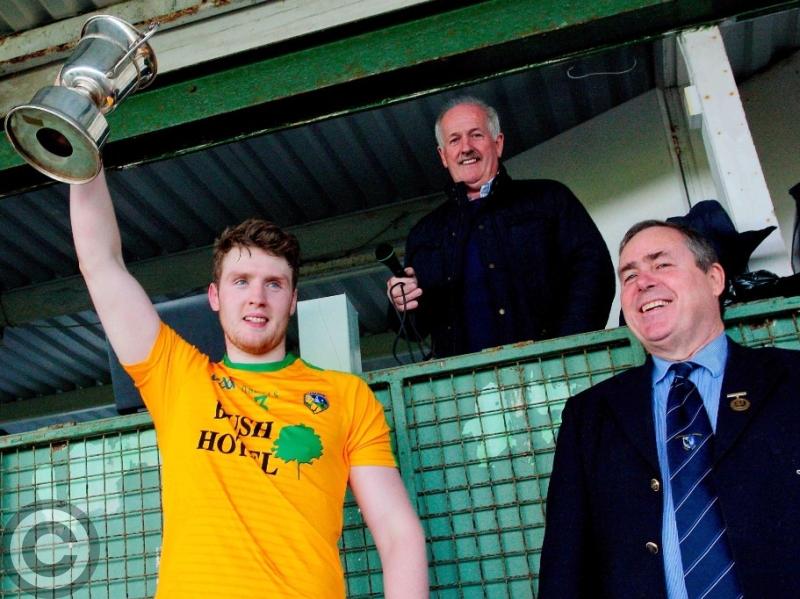 Alan Armstrong is definitely not one for resting on his laurels as barely minutes after leading Leitrim to Connacht Junior Championship glory, the Mohill man was already setting his sights on a starting place against London next Sunday.

Speaking to the Observer after a thrilling 1-16 to 0-16 victory over Mayo last Wednesday in Charlestown, Alan is firmly setting his sights on making the starting 15 against the Exiles - even though it will rule him out of the All-Ireland Junior Semi-Final later in July!

Yet the Mohill clubman is quick to acknowledge that he has come a long way this year - “I didn’t think at the start of this year that I’d be captain of the Leitrim Junior team. We were put together three or four weeks ago and we didn’t look beyond Galway.

“We prepared ourselves as best we could for Galway and hope for the best and the thing is that we showed great spirit, the fighting mentality. I know we started off slow there today but I think that when we did set settled into the game, I think we came out on top and I think we deserved to win.”

And it is obvious that Alan sees a bright future for the Green & Gold at club and county level - “The Junior team is a very young team and even with the Senior team, it is a very young team but I think the talent throughout the squad is immense. They are just very hard working lads and that is all you can really ask.

“Speaking for myself, since winning the championship with Mohill, we’ve been showing a little bit more professionalism and the club football in Leitrim has come on and it is showing there this year.

“Even with the Senior team, we were only two points short of promotion this year and with the Junior team, it shows there is lots of players on the club scene that are well fit to play county football and I think every club player should be looking at this and trying to play for Leitrim.

“I know the football in Leitrim hasn’t been great the last few years but it has definitely come on leaps and bounds.”

Keep an eye out on www.leitrimobserver.ie for more stories in the build up to next Sunday’s Connacht Championship clash with London in Ruislip.