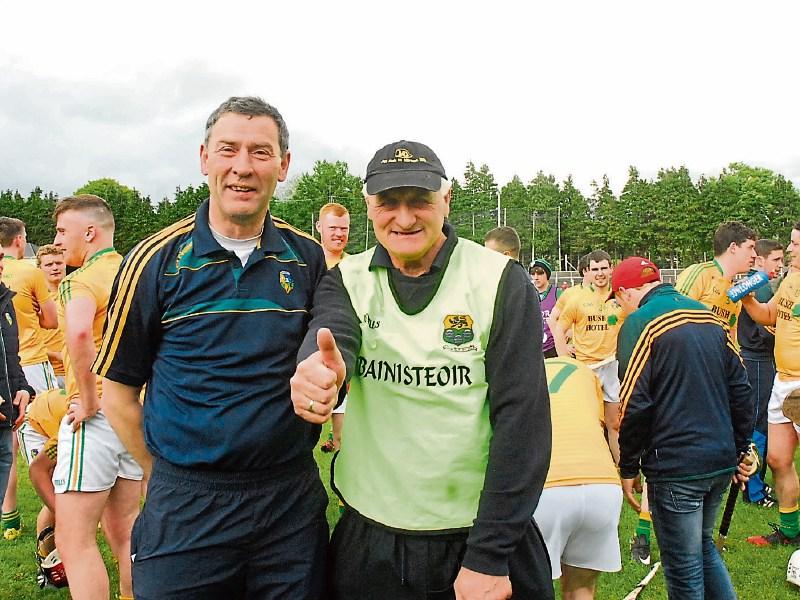 Leitrim manager Martin Cunniffe is one such man. Although originally from Galway, 40 years in Leitrim have helped convert him to the Green & Gold and when he spoke after Saturday's win over Sligo, it was clear it was a momentous occasion for him and the entire team.

After so many near misses, there was a look of determination about the Leitrim players straight from the throw-in against Sligo on Saturday.

“We had to beat Sligo so we were well geared up for this one. We came here with the intention that we were not going to lose.”

From the opening throw-in, that intention was clear and Martin was delighted with the first half display, even though Sligo clawed their way back into contention before the break.

“We went in only a point up after dominating the first 20 minutes but we knew after half-time, after talking to the lads they weren’t going to lie down that they would go again and that was the case. They went out and they gave it their all.”

The pride was clear to see in Martin's face and he was quick to pay tribute to those who have been battling away without reward for many years.

“I feel very happy for a lot of the older lads. My own Clement, David McGovern, Vinny McDermott, the lads like that, that have put in a great number of years trying. It’s a great reward for them to end up playing in Croke Park. It’s what they are entitled to because as you said we had a few near misses. Last year against Fermanagh we were beaten by a point below in Enniskillen. It’s great for hurling in Leitrim.”

Martin also praised those who have helped getting the team this far adding “I just want compliment the lads that are involved with the team Pat O’Connor, Michael Coleman, Paddy Phelan, my own family Dolores and Miriam. They put so much work into it, nobody realises the work that goes into a team. We are a small little party and today is their day.

Martin also revealed there was an extra source of help - “I asked our lady for help and there is no point walking away and not thanking her as well. Fair is fair I wouldn’t like to walk away without saying thanks to her because I have asked her for this victory and it did come.”

Having qualified for the county's first ever Lory Meagher Cup final, Martin knows the extent of the task awaiting his side but attention has already turned to bringing home the Cup on June 10.