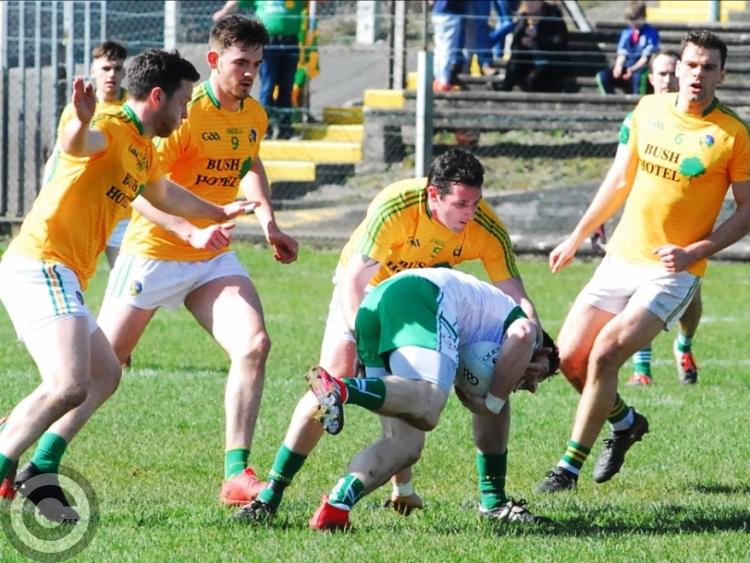 Leitrim players surround a London player during this year's League clash between the teams. Photo by Willie Donnellan

London boss Ciaran Deely has named his team to face Leitrim next Sunday in McGovern Park Ruislip in the Connacht Senior Football Championship, a team that features five changes from the team defeated by the Green & Gold in the Allianz League in April.

The London manager admitted trying out squad members in the League game last April, a 2-16 to 0-15 victory for Brendan Guckian's team, but taking players who came on as subs that day, the Exiles have eight changes to their starting line-up.

Keeper Gavin McEvoy, Rory Mason, Philip Butler, Ryan Jones and Conor Doran are all brought into the starting line-up while Marc Jordan, Cathal Og Greene and Jarlath Branagan, who came on as subs, start next Sunday.

The list of substitutes have not been released so it is not known if Tyrone's Eoin Mulligan or Dublin's Kevin O'Brien will play any part in Sunday's Championship encounter.

The full London team is as follows: