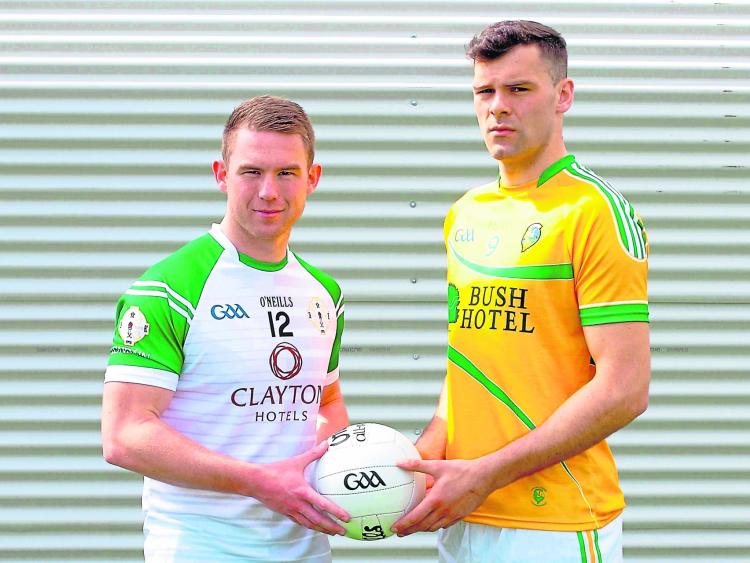 The thought of a home game is a welcome prospect for the London footballers who travelled back to Ireland for all seven of their Division Four games while work continued to ensure the pitch in Ruislip was ready for the Connacht Championship.

London’s league campaign may have been a struggle with the amount of travel the players were forced to commit to, but team captain Liam Gavaghan insists that while it was difficult there were positives to be taken from the campaign.

“It wasn’t ideal, we had seven league games in nine weeks. Flying over you had to be up at 6am on Saturday morning to get to the airport and then back at 11pm on Sunday night and then lads are up at 6am on Monday morning for work after a hard game. It wasn’t ideal but there were plenty of positives. Getting 25/26 lads away for the weekend it’s great bonding for the year. Towards the end of the league it got a bit more tiring but looking back on it as a whole I think the team benefited from it.”

After a gruelling schedule, Liam is looking forward to Sunday’s Connacht Championship clash with Leitrim in the new look McGovern Park, Ruislip, admitting there is an added degree of excitement ahead of Sunday’s game.

“You’ve got the new stand being put up and the new pitch being laid so yeah maybe it’s a bigger event. There is more media around it but we’re going out just to play football and do a job. All of the players are looking forward to it. Every year it is a big day in the London GAA calendar. We’re looking forward to it and hopefully it will be a great occasion.”

“Whether you play for Tír Chonaill Gaels or a junior club or you play hurling, everybody knows everybody.There is a huge Irish community and I think people who aren’t in it - I went to school in London so all my friends are English - I don’t think they understand how big it is. Coming into work and explaining to them about Gaelic Football and they can’t believe it because they are not involved in the community.”

The decision to allow Sky Sport screen live Championship games has proved controversial for some but Liam believes the extra coverage is helping to introduce people to the game.

“Yes definitely. I speak to people at work and they saw ‘I saw it on Sky Sports’ so obviously it is getting more and more commercial which is great and it is only going to benefit the game and benefit us hopefully in the future.”

Returning his attention to Sunday’s game it was put to Liam that there is a nervousness among Leitrim supporters but Liam didn’t have too much sympathy for their plight.

“Oh yeah!” was Liam’s initial tongue in cheek reply to the suggestion of wariness among Leitrim supporters.