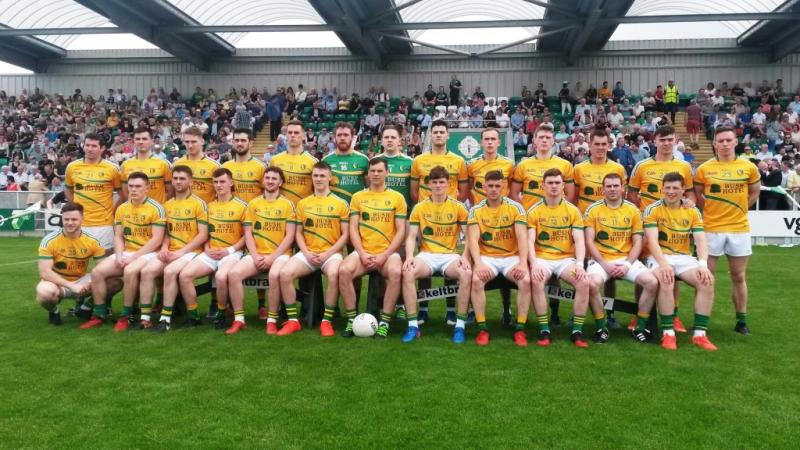 The Leitrim team who defeated London in Ruislip

There may have been hundreds of Leitrim fans in McGovern Park in Ruislip today but there was plenty of Green & Gold devotees following the action online, on radio and on social media.

The Leitrim Observer takes a look at some of the reaction from players and fans after Leitrim's 3-10 to 0-16 victory over London, a win that qualifies the Green & Gold for a June 18, meeting with Roscommon in Dr Hyde Park.

The reaction from an obviously happy Leitrim camp

Former Letirim Ladies GFA official and player Camilla Richardson pays tribute to all who contributed to the victory.

Great win for @LeitrimGAA Ruislip is never an easy place to get a result. Great experience and confidence for a youthful team going forward.

Thank God that's over! Don't think I have any nails left!!! @LeitrimGAA Abu!

Take the 3 point win for @LeitrimGAA considering everything. A bit of experience under a lot of belts, and good to get 3 goals.

All football is local and Darragh Gordon congratulates the Mohill contingent!

Well done to @LeitrimGAA, And all the @MohillGAA boys that played a part !

Paddy O'Brien, again, isn't too happy with The Sunday Game!

Why isnt the Leitrim London game front and centre on the #SundayGame? A population of almost 9million people between both places. A disgrace

Finally, Leitrim Ladies passed on their congratulations after their own win over Roscommon in Kilglass

Congrats to @LeitrimGAA on their win over London a great day for leitrim football, Ladies and Men. ☘️