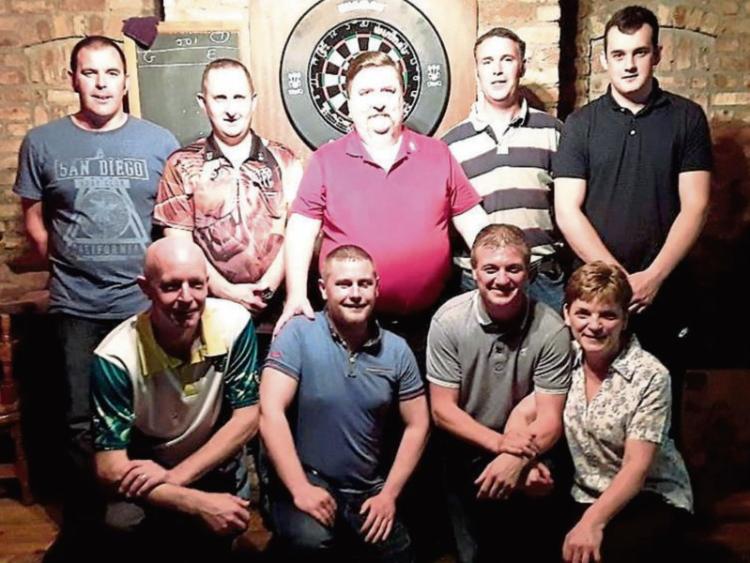 In the first quarter final, Eamon McGovern of Fermanagh got the better of Longford's Gary Hussey in a final leg shootout to progress by 4 legs to 3. The second quarter final pitted Leitrim's only qualifier Colm Mulvey against Donegal's Andrew Gillespie. Gillespie raced into a 3-0 leads with legs of 15, 13 and 15 darts. Mulvey fought back with legs of 11 and 13 darts but Gillespie claimed his semi final spot.

The third quarter final saw John Gallagher from Donegal just shade it over Sligo's Damien Hennigan 4-3 and the final quarter saw Sean McGowan leading 3-2 Carthy and sitting on a double but Ross with a brilliant 121 finish on the bull forced a deciding leg.

Experience would prove crucial in the decider and former Irish number 1 sealed a semi final spot with a solid leg.

The Sligo man was not for stopping in the final and claimed the title with a convincing victory over Gillespie.

Thanks to the chalkers and supporters who made the night memorable, to all the players who travelled over the eight weeks, and to Martina Devaney of The Blue Devon for hosting and running another very successful tournament.

Liam Aldridge has jumped to the top of the Leitrim Mens rankings following last Saturday’s trials. The third trials brought us to a new venue in The Welcome Inn Cornageeha with another fantastic turnout of 26 players.

Thanks to Ralph and the staff for their hospitality, sponsorship and hosting of the event. To Anna for selling raffle cards and not forgetting Pauline who as always oversaw proceedings and ran the event without a hitch.

The next event on the calendar is County Trials No. 4 in Carthy's Lock 17 in Leitrim Village on Friday June 9. Boards will be open from 6pm for a 7pm sharp start.

Round 7 had 24 entries with two great supporters over the five years of this event reaching the final.

Sligo's Ross Carty was leading 2-1 and sitting on double 16 only to see Longford’s Joe Nevin check out 126 on the bull. In the deciding leg, Ross had double 20 left only to once again to see Joe checkout 86 once again on the bull.

The final will take place on Tuesday, June 6, draw by computer at 9.30 on what promises to be a great finals night.