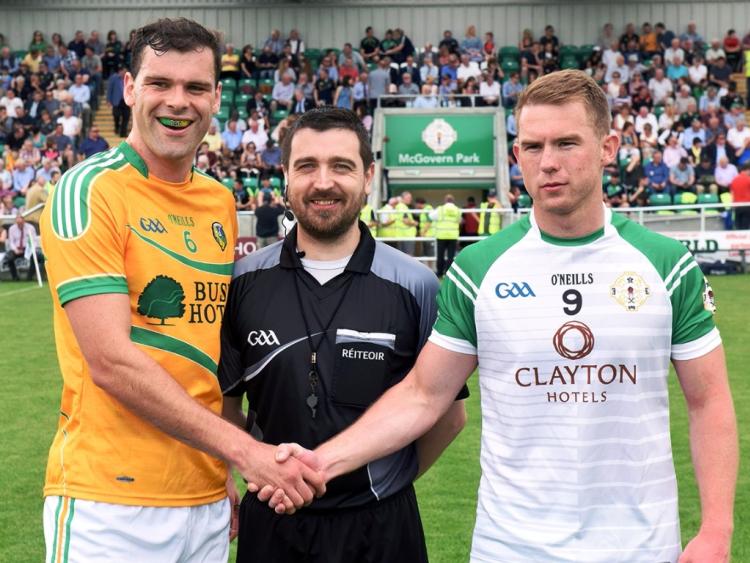 Donal Wrynn admitted he felt nauseous ahead of Sunday’s trip to the English capital as everything seemed set up for an upset.

Having been beaten by the Exiles in their last championship meeting in 2013, Wrynn did not want to be the first Leitrim captain to taste defeat in Ruislip.

His worst fears looked to be coming true when London moved in front on 44 minutes but the visitors’ response was emphatic as Ronan Kennedy fired them through to a semi-final date with Roscommon.

“I’m enjoying it now, it’s just a relief to get the win,” said Wrynn, “I almost felt sick coming into the game because you are very cautious of London and you don’t want to be the team to fall to them over here. I’m just thankful we got out of here with the win.”

London made four late changes prior to throw-in and one of those was the selection of Owen Mulligan in the full-forward line.

Wrynn was tasked with a man-marking job on the Tyrone legend and they enjoyed a great tussle throughout - “The duel with Mulligan - you can still see he has a dangerous touch to him and he has that jink,” said Wrynn.

“I was just lucky enough to have the help of the boys around me. We kept him relatively quiet anyway.

“We didn’t even know if he was going to be playing or not because he was wearing number 26 out there. To be honest I didn’t really have any preparation for it. I landed here and saw he was full-forward and I was told to pick him up.

“Look, you just have to get on with these things, you can’t overthink them.”

Wrynn admits Leitrim were feeling the pressure at the start of the second half but their substitutes had a major impact and turned the game on its head - “We left it fairly dodgy for ourselves but we brought in some good subs. Ronan Kennedy came in  and scored two fantastic goals and Gary Plunkett came in and kicked a score at the end.

“Lads that were able to come in,  either with a bit of experience or a bit of energy, and were able to push us on when our backs were to the wall. London took the lead there at one stage but we were just lucky that we got the scores at the crucial times.”