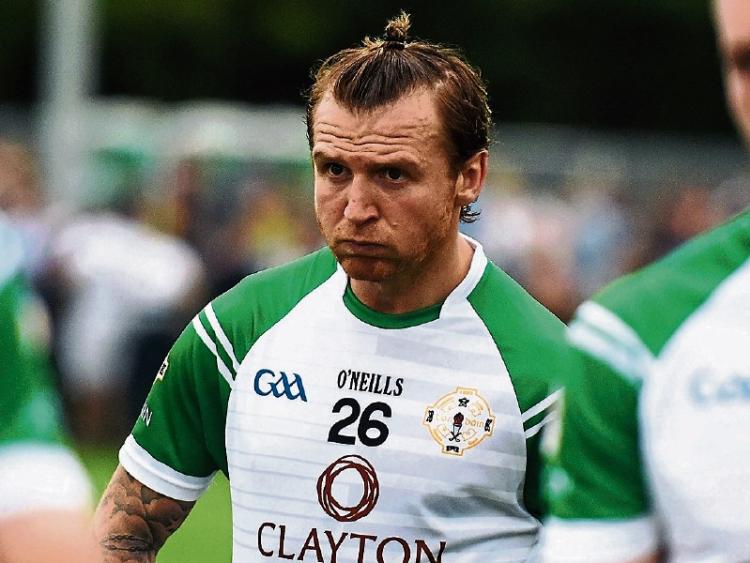 A dejected Owen Mulligan after the match. Photo by Malcolm McNally

Owen Mulligan said London were kicking themselves after letting victory slip from their grasp.

Mulligan, who downplayed his chances of playing last week was handed a starting role and certainly justified his selection. His goal-poaching days may be behind him but the Tyrone forward has reinvented himself as a link-up man, dropping deep and teeing up his team-mates.

Mulligan’s sole point on Sunday drew the sides level on 43 minutes and he turned provider for Liam Gavaghan's go-ahead score. Although London did extend their lead to two they failed to build on it, and moments after Rory Mason hit the post, they were punished at the other end by Ronan Kennedy.

"Threw it away,” said Mulligan when asked for his assessment. “We trained hard for this, really hard. We are all gutted in there, the amount of hours and training we put in - you seen us hitting the post there and then they go down the field and score a goal. That’s championship football.

"We believed in ourselves today. I was only brought into the squad to help the forwards and then I end up having a crack myself and it was an honour for me to come out and play for London.

“You come over here for the bit of work (Mulligan works as a carpenter in London) and you want to play a bit of football and you are asked to come in at the highest level - of course you are going to, you are a GAA man.

“Of course you are going to play but you seen it there, they might not have been good in the league but in championship that’s when they rise it, when everyone is tested and judged and the London team is no different."

Mulligan admits London were the butt of many a joke during his Tyrone days but he now fully appreciated the time and effort that goes into preparing an overseas inter-county team.

"When I was on the Tyrone bus I was laughing at London and I told the boys that there,” he said. “But the way they have invited me into the squad and the way I have bought into the whole thing…

“Everyone is asking what’s the difference with Tyrone but we are all in the results business. We are all chasing success and these boys are no different; all from counties around Ireland and a couple of London boys there.

“You see (Liam) Gavaghan there and he is as good as any footballer coming out of Ireland. He scored eight points in a championship game. I wanted to win out there as much as any man, but it’s not all about me, the team is there and we are just gutted."