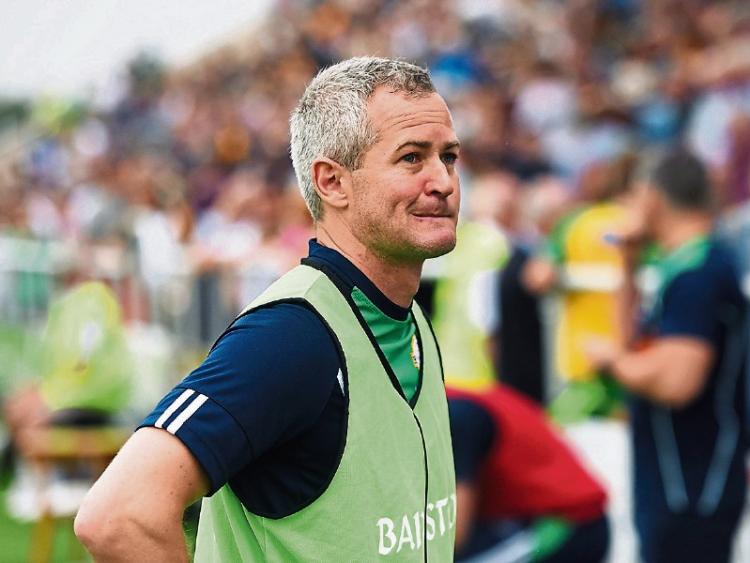 London manager Ciaran Deely felt inexperience cost his side as they blew a glorious chance of registering a first-ever championship win over Leitrim at Ruislip.

The Exiles were slow out of the blocks yet they only trailed by two points at the break and when they hit four unanswered points after the restart to lead for the first time, the crowd sensed an upset.

London responded well to Ronan Kennedy’s first goal, going straight up the pitch and knocking over a point but the Mohill man’s second maximum knocked the stuffing out of the hosts.

“The last 10 minutes before half-time I thought we performed really well and for the first 10 minutes of the second half we were really starting to push on,” said Deely.

“I thought we put ourselves in a really good position to go on and win the game. Then that third goal went in, from our own individual error, and from there, we were always going to be fighting a little bit of a losing battle.

"There was a little bit of inexperience and panic there in the second half. We were shooting from angles and distances that we shouldn’t have really been shooting from and I would have preferred to see that we just keep the scoreboard ticking over - get to four points, then get to three and put real pressure on them.

“It was always going to be really difficult but I have to say I’m happy with how the lads responded.”

Deely admitted the decision to start Owen Mulligan was a late one but the three-time All-Ireland winner’s performances in training couldn’t be overlooked. Mulligan was one of a handful of London players with previous championship experience but Deely was delighted with their efforts.

“In general, 16 points is a great championship score and it was very unfortunate to concede those three goals because they were the winning and losing of the game,” he said.

“I think a lot of players have made their championship debuts there today, probably six or seven lads and it was a big occasion for them.

“You probably seen in the first 10 minutes that it took them a little bit of time to settle into the game. It’s a huge positive for us. And you see Mugsy (Mulligan) has got a championship game and that will bring him up to speed a little more.

“Our defence in the second half, other than that those goals, was magnificent.”

London must now regroup for the qualifiers but Deely feels they are in a better place compared to last season.

"Last year against Mayo, you are looking to put in a performance and keep the score down, and if you compete, great. This year, it’s harder. I have to be honest, we really hoped that we would be in a semi-final after this weekend.

“I’m gutted, speechless and it’s very difficult, but we had a chat in the group and after a meal and a shower we will start looking forward to next week."