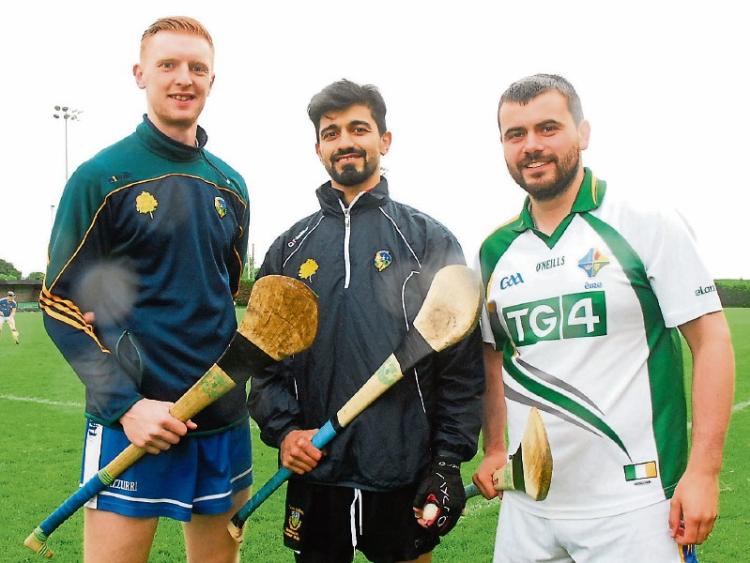 A Leitrim hurler is regarded almost as an endangered species. A Leitrim hurler who is originally from Iraq and only learned the game as a 12-year-old in Carrick-on-Shannon must seem like something from another planet.

Zak Moradi will be, in all likelihood, the first Iraqi to play hurling in Croke Park this Saturday when Leitrim take on Warwickshire in the Lory Meagher Cup Final and, as Micheal O’Muircheartaigh might put it, neither Iraq or Leitrim is known as a hot-bed of the game.

“The same for Martin Cunniffe, Paddy Phelan, Paddy O’Connor, they deserve a bit of credit there, they’ve been keeping Leitrim hurling going for the last 30 years. Fair play to the lads in the clubs too, in Manorhamilton and St. Mary’s too, there are good people out there trying to keep Leitrim hurling going.”

On a personal level, Zak has attracted a lot of attention nationally on a lot of fronts - firstly as a immigrant under the Kurdish relocation programme and then as a Muslim playing gaelic games. But for the people involved with Leitrim hurling, Zak is first and foremost a hurler and that is how he sees himself.

“That’s right, everyone in Leitrim, lads who play a bit of gaelic or hurling would know me because I played in Leitrim for a long time too. I think maybe it because I started playing hurling late as well, I started when I was 12 when I was in school.

“There is not many lads who come up here and start playing hurling when they are 12, the usually start when they are six. It is maybe something different.”

Playing in Croke Park is definitely something different and Zak is looking forward to the occasion - “I am looking forward to it, it has been a tough year this year, we’ve been training hard all year for this and it eventually paid off and hopefully, it will pay off on the day. I’ve been training hard, I’ve a hurl in my hand three, four times a week.”

The progress in Leitrim hurling is something Zak has witnessed first hand - “I remember a couple of years ago when we used to play Sligo and Fermanagh, they used to beat us by 25 points.

“There is times when you are like ‘what do you get out of this, how can you improve’, there are times when you nearly give up especially Clement and James who have been there a long, long time, Vinny as well, so it paid off in the end and everybody will get a day out in the sun.”

Warwickshire will start as favourites but the Thomas Davis clubman believes Leitrim can test the Birmingham side - “Warwickshire have won all their games this year, they are very good. They have a lot of outsiders, a few lads who are playing with them but look, you never know what happens on the day.

“We’ve always been putting it up to them up until the last ten minutes so hopefully on Saturday, we can go the whole way. You don’t know what happens on the day.

“I think we learned from the first game against Fermanagh, we were 11 points up with ten minutes to go and we lost it and for the whole week, we just couldn’t believe how we lost that. It wrecked our heads.”

And Zak made an appeal for the Leitrim GAA public to come out in force to support the hurlers next Saturday in Croke Park - “That’s what we need, we need a big Leitrim support out. The Sligo game, we had a good crowd out.

“Sometimes good support keeps everyone on their toes out on the field so it would be great if we could get good support out in Croke Park.”