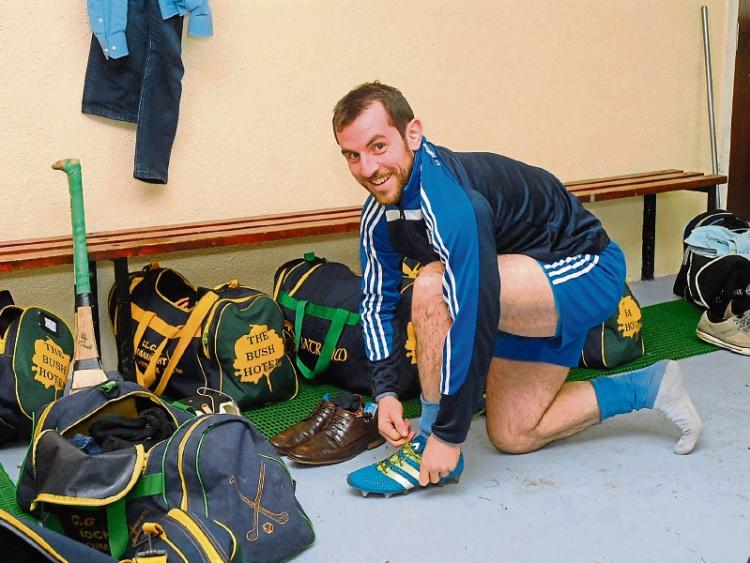 As Mohill continue to set the pace in the Dunnes Bar Division 1 campaign last week but the big story was Fenagh St. Caillin's failure to field against St. Mary's Kiltoghert last Saturday.

With a large crowd of spectators gathered in Pairc Naomh Mhuire, and which reportedly included some Fenagh fans, Fenagh St. Caillin's failed to take to the field, leading to St. Mary's picking up the points courtesy of a 0-1 to 0-0 scoreline.

It is believed that Fenagh felt they were unable to field without their County players Donal Wrynn & Ryan O'Rourke despite the fact that St. Mary's were also without county stars Micheal McWeeney (football) and James Glancy (hurling).

In their notes, Fenagh St. Caillin's wrote “Due to issues out of our control, we couldn't fulfill the weekend fixture with St Mary's Kiltoghert.”

Ironically, St. Mary's themselves lost points when they couldn't field earlier this year against Glencar/Manor and there is the added complication that Aughawillan's clash with Gortletteragh was called off due to Morgan Quinn's involvement with the County hurlers.

The result could have major implications for Fenagh who now have only four games to save their Division One status. They have crucial clashes with fellow relegation battlers Allen Gaels and St. Patrick's Dromahair, both of whom suffered heavy losses last weekend.

The Drumshanbo men lost 1-15 to 2-8 to Drumkeerin in a huge relegation clash while Dromahair suffered a heavy loss to Mohill 3-19 to 0-8.

Glencar/Manor’s 11 point victory over a high flying Sean O’Heslin’s was the biggest shock of the weekend and it lifts the north Leitrim men back into third place ahead of Ballinamore by virtue of the head to head result.

Melvin Gaels moved joint top of the table after a 1-9 to 0-5 victory over Aughnasheelin but Mohill's incredible scoring difference of plus 94 sees them in top spot ahead of the Kinlough club.

In Division 2, Annaduff moved level on ten points with Leitrim Gaels, who have played a game less, with a hard fought 2-15 to 2-11 victory over Drumreilly, following up on the derby win over Bornacoola.

Kiltubrid got a very important point with a 1-8 to 0-11 draw with Ballinaglera while Cloone's 2-12 to 0-13 win over Sean O'Heslin's moved them into fourth place.

Glencar/Manor’s second string had five points to spare over Carrigallen, a result that damages their promotion bid, while Bornacoola were easy 2-18 to 0-9 winners over relegation doomed St. Mary’s