Anglers urged to look out for crayfish 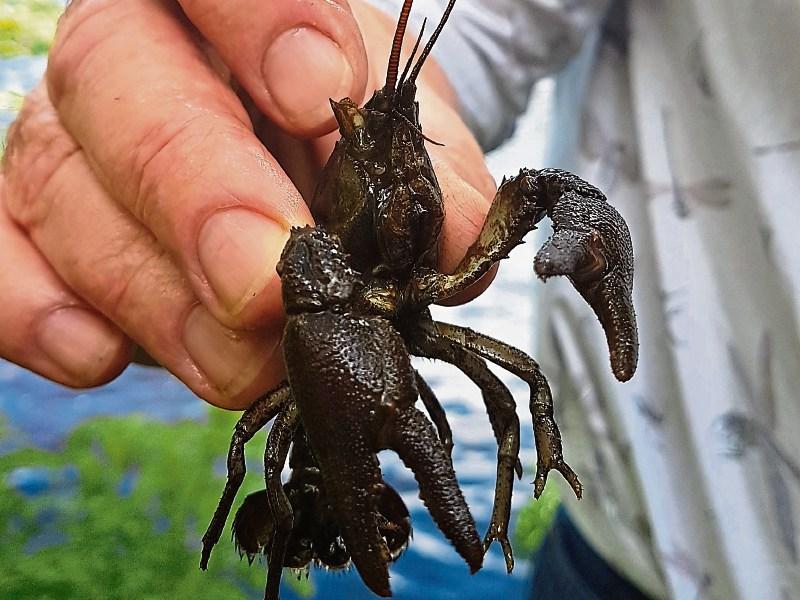 The end of May has arrived, and most of the lakes should, from now on, get a little quieter.

There should be less trying to find a parking spot, clamoring on slipways, and generally be in more of a hurry than other months of the year.

This is part and parcel of fishing during the mayfly madness. The arrival of June usually spells the end of the proliferous hatches and the chance of hooking a larger fish becomes a little more challenging.

Add in more bright days, sunshine and the increased occurrence of dead calms you will begin to understand why a lot of anglers won’t be seen until the beginning of the Murrough hatch later in the season and if I am honest that includes me.

During the warmer months I tend to revert to fishing a number of small rivers in the locality.

Funnily enough these little rivers often extend my mayfly season. The hatch on these rivers can continue into the middle of June.

Of course the extent of the hatch is nothing like the dancing clouds I have seen on Lough Arrow or Ree. All the same a hatch does occur and if you are on the river at the right time you are in with a good chance to tempt a decent fish, one that usually would turn its nose up to an artificial fly at any other time of the year.

There are many other reasons for my preference for the smaller rivers during the summer months. I shall not go into all of them now, but perhaps the most important one for me is the absolute tranquility, peace and total immersion in nature. It is a sort of meditation with a natural symphonic musical backdrop.

A place to tune in to the world around me without the interruptions. A place to recall the past, dream of the future and to enjoy every breath I take.

In other words, a tonic for the soul.

On to a more serious subject, which you may have heard of already and with Lough Rinn a National rowing venue with boats coming from all parts of the country to use its facilities. It is extremely important for all involved in water activities to be vigilant. It is of course the discovery of crayfish plague on a stretch of water on the river Suir downstream of Clonmel Co. Tipperary.

All water users are being urged to take precautions, it comes after large numbers of dead freshwater crayfish were reported on the river earlier this month. DNA analysis has now confirmed that the cause of death was crayfish plague.

The kill has only impacted White-clawed Crayfish and other freshwater animals are not affected. This is a characteristic feature of the disease, which only infects species of crayfish but causes 100% mortality.

All agencies including the National Parks and Wildlife Service, Inland Fisheries Ireland and Tipperary County Council will be working to contain the outbreak to this stretch of the River Suir.

Anyone using the river is being urged to observe the ‘Check, Clean and Dry’ protocol once they leave the river and before using it again.

This means that all wet gear (boats, clothing and equipment) should be checked for any silt or mud, plant material or animals before being cleaned and finally dried.

Disinfectant or hot water (over 40 degrees Celsius) should be used to clean all equipment and this should be followed by a 24-hour drying period.

The drying period is especially important in ensuring that all equipment is clear of infectious organism, including the removal of any water inside the boat. The crayfish plague organism can be carried on wet equipment to new sites and containment of the outbreak is essential to prevent spread to other unaffected populations in Ireland.

This is the second confirmed outbreak of the disease in Ireland following one in County Cavan in 2015. This outbreak on the River Suir is of great concern as the stretch of river affected is popular with anglers and canoeists.

Until next time, tight lines and stay safe on the water.