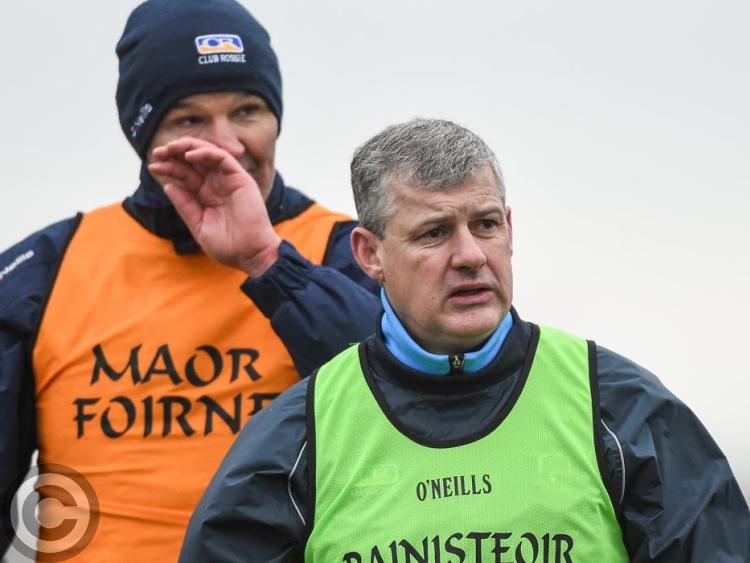 Roscommon know a battle is coming next Sunday if the words of selector Liam McHale are anything to go by as the home side gear up for a huge clash with Leitrim in Dr Hyde Park.

Speaking at the Roscommon GAA Press night, the former Mayo midfield great insisted that Roscommon will have to impose themselves on the game if they are to beat Leitrim next Sunday in the Connacht Senior Championship Semi-Final.

“Championship is totally different, there will be eight or ten thousand people here,” Liam told the Observer, “There will be a certain amount of nerves at the start, there will be fellas mis-handling the ball, taking wrong options and kick-passes and all that but when it settles down, these players, all the work is done and they should be able to execute the game plan and execute the skills they are capable of doing.

“We know it is going to quite crazy the first ten or 15 minutes but all you need to be in a point or two up or a point or two down at that stage of the game and when everything settles down, you’d like to think our fitness levels would be good and we’d be able to impose our game-plan on Leitrim rather than Leitrim impose their plan on us.”

And the Roscommon selector feels the team are in a good place after admitting that they concentrated on the championship rather than the League “We all decided last year to go that way and it worked but it didn’t work for the championship.

“So you’re not very smart if you don’t make adjustments on the previous year and the adjustments we have made is that we’ve really worked hard with the Medical team and the Conditioning boys David Joyce and Ryan to be in peak condition for the League game.

“That was our focus, we wanted to stay up in the League but we weren’t going to sacrifice that so as to have a good championship run and to be really good on Sunday.

“We did have a really good League last year but beaten by ten or 12 points by Kerry in the League semi-final knocked it out of us. I think we went up to that game expecting to be competitive and really it was over at halftime and that really disappointed the lads.”

The different approach to the year also means that Roscommon have been quite happy to see the Club Championship in full swing since the League and McHale believes it will pay dividends next Sunday.

“It kills your confidence and you see it in a lot of counties where county lads don’t play for their clubs, they just stand out there in the middle of the field. We really have encouraged them, we want to read the paper or be at that game and see them excel. And in fairness to the boys, for the most part, they have done that.”