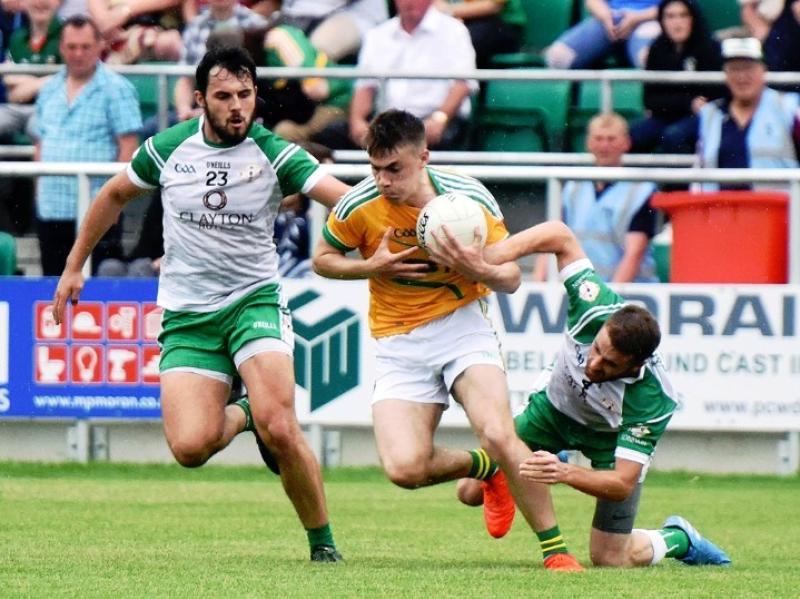 Whether it is next Sunday or down the road, Darragh Rooney is determined that the burgeoning promise in Leitrim GAA delivers an end product down the road.

With so many U21 players in the squad and Darragh himself just four days overage for Minor this year, the Melvin Gaels player is well aware of the growing expectations among Leitrim supporters but embraces the challenge - “There is a good Minor squad this year and the U21s were unlucky against Galway. There is ten U21s on the Senior panel and there will be a few more next year.

“There is obviously a wee bit of pressure, lads might be expecting something out of us but we’ll just take all that in our stride. People saying ‘we’re a coming team’ and you like to hear that and that kind of drives you on to be what they expect.”

Darragh is very much looking forward to running out on the new surface in Hyde Park on Sunday - “Hyde will be the same as London, Ruislip was just unbelievable, it was one of the best grounds I’ve ever played on. If you are playing on a pitch like that, you have the new jersey and everything with the setup, you just feel a lot better when you are playing.”

A student in DCU, Darragh doesn’t believe that nerves will get to him against the Rossies - “Some lads do get nervous but I think the two years I have playing Senior football with the club and we’re going well, we won an Intermediate championship and got to the semi-finals last year, they all add to it.”

Speaking of the club, Darragh’s ambitions extend to Melvin Gaels as well as Leitrim as was evidenced by the Kinlough club’s historic first ever Minor A title last year - “We had a good bunch, we always wanted to play 15-a-side but we never really had the players.

“But last year we brought on a heap of young lads at the start of the year and that got them into shape. They were very good, we had a few 15-year-olds on the team last year, they were very good and we had great numbers.”