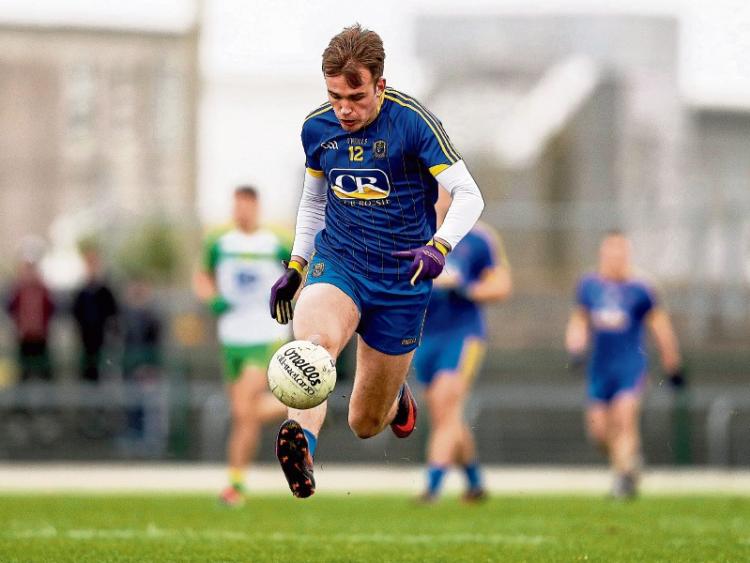 It is hard to know what team will enjoy playing in Hyde Park more next Sunday as Roscommon midfielder Enda Smith is well aware of the rivalry that exists along the Shannon border.

The Boyle clubman is well aware of the rivalry between the counties and knows that Leitrim like playing in Hyde Park as much as the home team - “The fact that it is in the Hyde is great for us. We’d be quietly confident on our home pitch, the first game on the brand new pitch.

“But Leitrim always love coming here. Twelve, 13 years ago there was a draw and Leitrim came here and really put it up to Roscommon and of course, they beat us back in 2000 so Leitrim will have no fear of coming here.”

Enda’s own proximity to Leitrim means he is well aware of what the rivalry means along both sides of the Shannon - “Carrick-on-Shannon would be ten minutes over the road for me so I’d know a lot of their players through college.

Roscommon have been keeping an eye on their neighbours and Enda was impressed with Leitrim’s victory in Ruislip - “The London game is a tricky one because London would have been up for it in a few different ways with the opening of the stand and the new pitch.

“But Leitrim really did the business quite professionally over there and put in a good performance. And Ronan Kennedy coming off the bench and kicking two goals was a good boost for them. Leitrim have a lot of quality players and youth especially, you can see that with Donal Wrynn as their captain, I think he is only my age, 22.

“That just shows the way they are going, I know they have Shane Ward coaching them last year, I know him and he was very good with them and with Benny in there, I know he is doing a lot of good things and he seems to be promoting the youth, which is where a lot of teams are going, including ourselves. They’ll be quietly confident.”

As for a prediction, you sense Enda is ready for a battle but quietly confident all the same - “We’d be confident but obviously we know with the neighbours and the local rivalry, it is not going to be handed to us, we’re going to have to work hard for it and Leitrim are going to go for it just as much as we are.”