No pressure on Leitrim proclaims Brendan 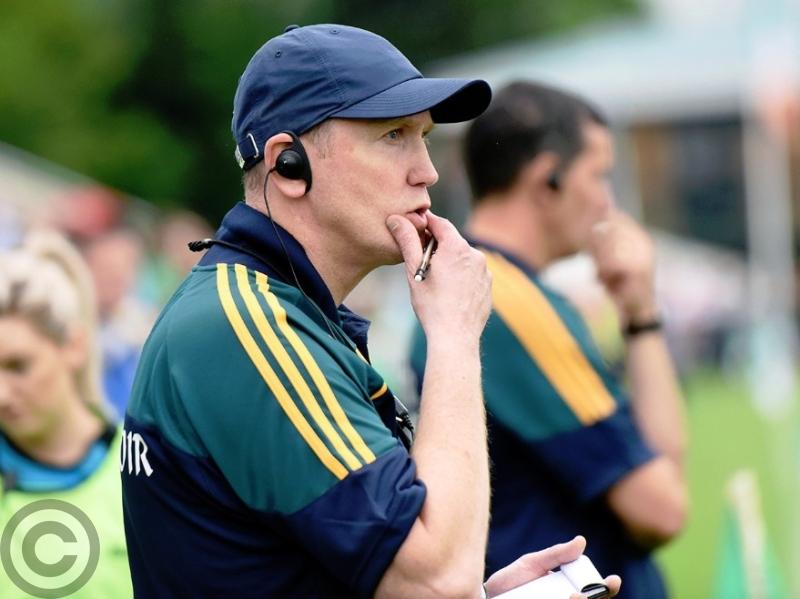 Pressure can make the strongest mind go weak but for Leitrim footballers, there will be an absence of pressure on the Green & Gold when they take on Roscommon next Sunday in Hyde Park according to manager Brendan Guckian.

Unlike the victory over London where all the pressure was on the Green & Gold, Leitrim face into Sunday’s Connacht Senior Championship Semi-Final as underdogs, underdogs itching to cause an upset.

And it is a situation that Brendan Guckian is all too willing to embrace - “There was always a great rivalry in the past, a healthy rivalry too and you’d imagine Sunday will be no different.

“The big difference is a Division One team playing a Division 4 team and it’s been a long time since there has been that gap, last year as well. But the lads have prepared well, worked hard since London and we’d hope we’re in a good place when we are in the Hyde.”

And Brendan is quite happy to heap the pressure on Kevin McStay’s outfit - “There is no pressure on us going in, all the pressure is on Roscommon. They will obviously be hot favourites going in and the fact that it is in their home ground, everything seems to be in their favour.”

Whatever else is in their favour, Brendan is aware of the threat posed by Roscommon’s deadly forwards who have been racking up big scores in challenge games and it is obvious that the Leitrim management team have been keeping a close eye on the Rossies.

“The last two challenge games, Roscommon have scored 3-21 against Sligo and 4-13 against Wexford. If we give them that space, we will be in serious trouble.

And neither does Brendan place much store in tales of unrest in Roscommon or supporter unease ahead of the Sunday’s game - “I don’t believe there is unrest, at the end of the day, you have a panel of players who all want to wear a Roscommon jersey and when they are wearing that jersey, they will give it all they have.

“I don’t believe there is unrest in their camp, they have very good quality and no more than ourselves, they seem to have a very good balance between youth and experience so I wouldn’t read anything into that.”

Leitrim came through their own crucible in Ruislip and Brendan is hopeful the lessons learned in Ruislip can be put into effect in Hyde Park - “Anybody will tell you that your first day out in championship is difficult, championship football is difficult.

“The fact that it is in Ruislip makes it twice as difficult with the amount of distractions that there are going on over there. So I was delighted the young lads got through it and I thought they accounted for themselves very well.

“Having said that, we still needed the experienced players to stand up as they did. Donal Wrynn, Ronan coming off the bench. There seems to be a good balance there and the guys have blended well together.”

“It was great to have him to bring on and he was the difference, there was no doubt about that. He’s done it in the past, he steps up at the right time in games and the quality of his goals were top class. A cool head and he took his goals superbly well.”

And the Leitrim manager insists that the London game was a much tougher test than people might acknowledge - “It was probably the best prepared London team I have seen down through the years, both physically conditioned, to me they looked very strong. Ciaran Deely has done very well with them and he has given them this extra self-belief.

“It was a very difficult game and we were glad to get through it, it was a great test for us and I think the lads stood up very well to the test.”

And Brendan was pleased with the resilience shown by his young squad - “There has been glimpses of that maybe in the League where teams have gone at it and maybe we have put ourselves under pressure but we have stood strong. Yeah, that was definitely pleasing.

“We were two points down against London, yet nobody dropped the head and that belief was there that we were going to come out as winners, which we did. There is a lot of things, scores that they got and the space that we gave them and when you compare London to Roscommon, we can’t give Roscommon forwards the space we gave London.”

As for a prediction, Brendan quite clearly places the pressure on Kevin McStay’s team but you get the impression he believes his team can create a shock - “I suppose Kevin McStay came out early in the year and the only game he was preparing for is against Leitrim which I suppose was a bit disrespectful to London in that he didn’t take them in account.

“He’s made no secret about it that his interest is on this game but let them worry about themselves and we’ll worry about ourselves.

“I think regardless of what opposition you’re playing, any team that clocks up 3-21 in a challenge game and 7-13 in another challenge game, that would give you an impression that a team is moving very well.