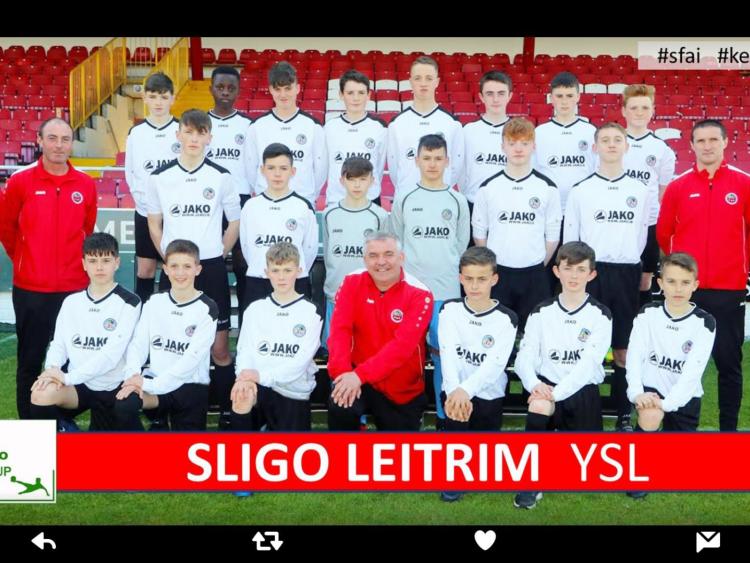 Manorhamilton's Peter Maguire is among the Sligo/Leitrim players who will be taking part in the final of the Kennedy Cup, which is scheduled for a 2pm kick off this afternoon.

The Umbro Kennedy Cup tournament is held annually in Limerick University when each of the 32 affiliated Leagues enters a squad of twenty U-14 year old players to compete over an entire week with additional competitions for those teams which do not progress to the latter stages of the Kennedy Cup itself.

After the semi-final win Sligo/Leitrim manager John McAteer paid tribute to his players when speaking to former Republic of Ireland international Keith Andrews.

#KennedyCup Final Good luck to @ManorRangers Peter Maguire. Well done to Peter and his family on a great week so far pic.twitter.com/aLmxQESVao

@SlyouthsO BEST OF LUCK TODAY ! From all at the #bitored squad, staff and committee! Bring it home pic.twitter.com/K3Gvt0zG0K