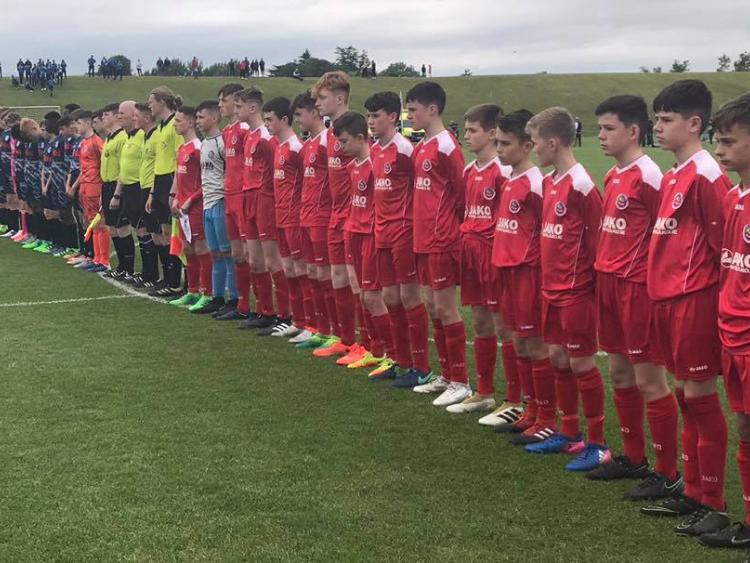 Manor Rangers' Peter Maguire and his Sligo/Leitrim team mates had to settle for silver this afternoon when they were defeated in the final of the U14 Umbro Kennedy Cup in Limerick.

The Dublin based Dublin and District Schoolboys League (DDSL) emerged victorious on 2-0 scoreline.

It proved to be a disappointing end to what was an incredible march to the final from the Sligo/Leitrim team who began their campaign with a 2-0 win over North Tipperary. That win was followed by a 2-0 win over the Kerry League and a 2-1 win against Drogheda which ensured they finished top of their group with maximum points.

In the quarter-finals Sligo/Leitrim recorded a 2-1 win over the North Dublin Schoolboys League and in the semi-final they emerged triumphant but only after a late equaliser ensured the game against Galway finished level at 1-1. Sligo/Leitrim booked their place in the final after a dramatci 10-9 penalty shoot-out win.

This afternoon's final proved to be a bridge too far as DDSL emerged victorious for the 31st time in the tournament that has been staged annually since 1976.

Full-Time in the #KennedyCup Final